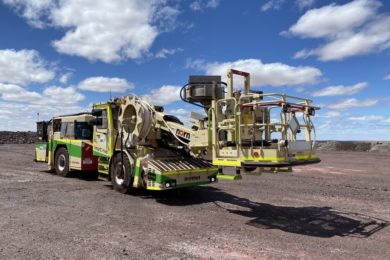 OZ Minerals has become the first miner in Australia to take delivery of a battery-powered Normet Charmec MC 605 VE SmartDrive (SD), with the unit arriving at its Carrapateena copper-gold mine in South Australia last month.

In a post on LinkedIn, the company said of the machine: “It is Australia’s first battery-powered vehicle for underground explosive charging and emits zero local emissions.”

Back in June 2019, Normet made history by, for the first time in Europe, demonstrating battery-electric emulsion charging in a production environment underground at the Pyhäsalmi mine, in Finland, with its Charmec MC 605 VE SD.

This followed the launch of its SmartDrive battery-electric vehicle architecture at Bauma in Munich, back in April 2019.

According to Normet, battery-based charging makes the explosives charging process safer and more efficient, as there is no need to plug in to the mine’s electric grid.

A prefeasibility study on an expansion of Carrapateena, released in June, included a trial of electric light vehicles and establishment of a renewable energy hub. 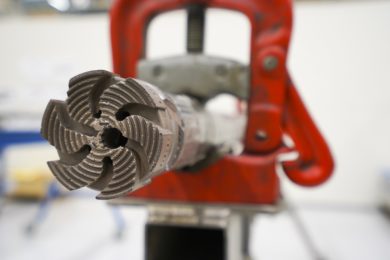