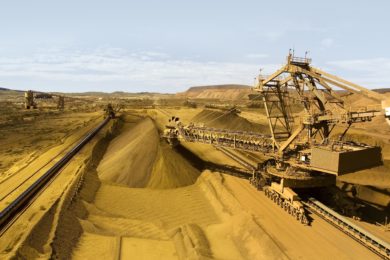 Engineering company Monadelphous Group says it has secured new construction and maintenance contracts with both Rio Tinto and BHP, with a combined value of around A$60 million ($44 million).

The company has been awarded three three-year master services contracts with Rio Tinto for the delivery of sustaining capital projects across various mine sites and port operations throughout the Pilbara region in Western Australia (stockyard machines at Rio’s West Angelas iron ore operation, pictured), it said.