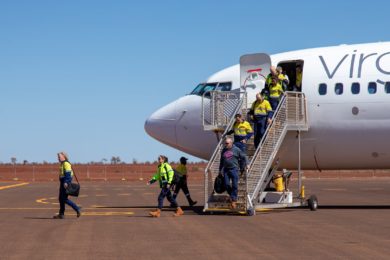 Southern Cross Electrical Engineering is to perform plant electrical and instrumentation works at the Rio Tinto-owned Gudai-Darri (formerly known as Koodaideri) iron ore mine site in Western Australia as part of a contract valued at over A$65 million ($48 million).

The agreement will see SCEE mobilise to the Pilbara site in late 2020, with completion of work planned for December 2021.

SCEE Managing Director, Graeme Dunn, said: “We are pleased to secure this significant award with such a longstanding and valued client as Rio Tinto for whom we have undertaken many successful projects in the Pilbara. This further boosts our already strong order book and will provide a solid base of construction work in the resources sector into the 2022 financial year.”

Earlier this month, Rio opened Western Australia’s newest airport at the $2.6 billion Gudai-Darri Stage 1 iron ore project (see photo, credit: Rio Tinto). The greenfield mine development, around 35 km northwest of the Yandicoogina mine in the East Pilbara mining region, will initially be developed as a nominal 43 Mt/y high-grade, dry processing operation, with start-up expected in early 2022.