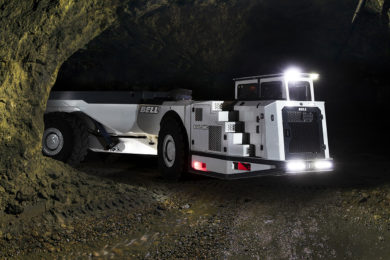 The latest generation Bell B30L and B35L Low Profile Articulated Dump Trucks (ADTs) for underground mining were recently unveiled by South Africa’s Bell Equipment which it says “deliver the lowest cost per tonne solution, more practical styling and an ‘autonomous ready’ platform that is easily configurable for remote operation either by a handheld remote control or a more sophisticated autonomous control centre.”

Bell Equipment Product Designer, Shaun Tucker, explains that making the truck ‘future proof’ was a key design input as “these machines generally have a long life underground and in five years’ time there may be more of a need for autonomous control than there is today. Underground haul roads don’t change and could easily allow worksites to be automated in the future, so we chose components that would open that gap for us. Additionally, the remote capability allows the machine to be operated via remote control in dangerous conditions where it might not be safe for an operator. This machine has all the bells and whistles in terms of being PDS (pedestrian detection system), remote control and autonomous ready.”

To achieve a more practical layout, product designers listened to customer feedback and moved from a centre-mounted cab to a left-hand side mount. The vehicle height remains unchanged at 2.6 m but the cab now sits much lower resulting in increased headroom and operator comfort. With this configuration Bell can offer a cab height of 2.4 m as an option.

The ergonomics of the cab have been further fine-tuned with an Isringhausen suspension seat and a workstation featuring Bell Equipment’s robust sealed switch module (SSM) and an all-new 7-inch colour monitor that is more responsive and displays improved graphics. A 360-degree camera gives a bird’s eye view of the vehicle and defaults to the right-hand side blind spot for added safety.

Under the bonnet the new generation Mercedes Benz OM471LA (320kW – B30L; 360kW – B35L) engine replaces the Mercedes Benz OM501LA (290kW) engine and provides a highly efficient power-to-weight ratio with superior drive up or out of the shaft and fuel efficiency gains.

Other driveline components are common to the industry and have been derived from the large surface Bell B40E and B45E truck platform to provide shared aftermarket support.

According to Tucker, the underground trucks also offer many of the same standard safety features and productivity advantages of their surface counterparts. Safety features include keyless start, Hill Assist, speed control, Bin Tip Prevention, Auto Park Application (APA) and Turbo Spin Protection to protect the engine. In terms of productivity, the Bell B30L and B35L are now fitted standard with onboard weighing and Bell Equipment’s proprietary fleet management software, [email protected]®, so machine owners have access to daily production figures.

Product designers spent great effort ironing out acute angles in the bin design to prevent carry back at “seeding points”. In addition, rolled edges and a tipping angle of 70-degrees ensures optimum dispersion of the payload.

Tucker continues: “A lot of thought and work has gone into the right-hand side of the machine to offer ground level access for maintenance and remote filter replacement. This includes the two transmission filters, the transfer case filter, and a heavy-duty air filter to handle the harshest underground environment. The steps on the right-hand side leads to large service hatches next to the cab for ease of servicing the major components if necessary.”

The Bell B30L was recently demonstrated at two open days at the Bell Factory in Richards Bay in late 2020 providing an opportunity for an internal cross-functional review of the new truck to feedback any possible improvements. According to Tucker the response was encouraging, and the truck will now be tested at a local underground mine where it will join the mine’s existing fleet in a production cycle. 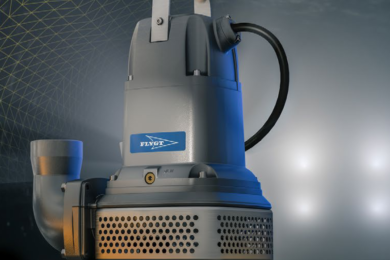 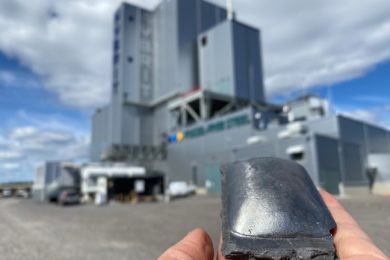 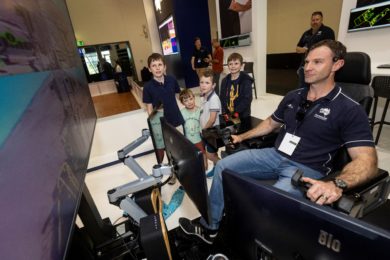