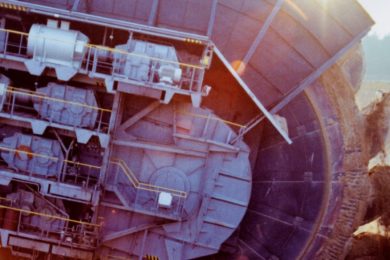 FLSmidth today announces that it is in negotiations with thyssenkrupp concerning an acquisition of thyssenkrupp’s mining business – this would be the biggest deal in mining technology since Metso merged with Outotec. The negotiations, however, are at a non-binding stage. The statement said: “Accordingly, there can be no assurances as to whether and when a transaction will transpire. Any transaction, if entered into, would be subject to, amongst other, statutory clearances from authorities, including approvals from merger control authorities.” The thyssenkrupp mining business comes under thyssenkrupp Industrial Solutions.

If it went ahead this would be a massive deal for mining on many levels. Both companies are major players in bulk handling and continuous mining systems such as in-pit crushing & conveying solutions plus the bulk materials systems used in mineral ports. They are also important suppliers of primary and other crushing solutions, other comminution equipment including HPGRs and grinding mills, and a host of other mineral processing related machinery like screens but also pyroprocessing.

The deal would give FLSmidth a greater foothold in certain markets and there would be huge synergies between the two – that said with the level of overlap there would likely also be significant cuts in terms of manufacturing locations and staffing levels.