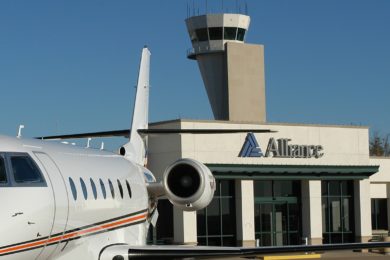 Alliance Aviation Services has executed a contract extension with Newmont Mining to continue chartering flights for the miner to the Granites Mine Site in the Northern Territory of Australia from bases in Perth, Darwin and Brisbane.

The three-year agreement servicing Newmont’s Tanami mine in the Northern Territory extends the current contract with the miner until 2024.

“This contract is considered by Alliance to be material as it is forecast to represent between 5% and 7% of revenue in the next 12 months,” the company said.

Alliance has been providing services to Newmont continuously for the last nine years, with Lee Schofield, Alliance’s Chief Executive Officer, saying the company is “thrilled” to be continuing this relationship.

“Air charter services to Newmont’s mine site have increased over the last nine years and it is the only site in Australia where we fly into from three different states/territories,” he said.

“This contract extension was won due to the ability of Alliance to continue to operate safe, reliable and cost-effective air charter services for Newmont.”

Newmont says Tanami is a fly-in, fly-out operation in one of Australia’s most remote locations.