Robotics on its way to the exploration industry, QR’s Scott says 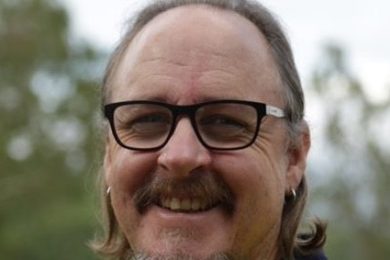 Speaking at the IMDEX Xploration Technology Symposium, he said that with the development of autonomous haulage and drilling technology, the mining industry had moved through a “trough of disillusionment” around robotics and was rapidly accelerating towards the “plateau of productivity”.

The two-day online conference brought together experts in mining innovation and exploration industries to discuss the latest in new technologies, tools and advanced analytics.

Scott said acceptance of new technologies had been aided by restrictions caused by the COVID-19 pandemic, with the development of some digital transformation projects planned for the next three to five years being executed in three months.

“COVID is a significant accelerator and robotics is no exception,” he said.

Capital was available to fund new and emerging projects and was another clear indicator of a robotics boom, which Scott said would undoubtedly mean more jobs not less.

“There’s a lot of work that’s underway right now to really bring to the forefront a lot of automation and robotics to deal with enhanced data capture and execution of exploration programs and also within the mining environment,” he said in an interview ahead of the symposium.

“In the mining environment, we’ve seen the proliferation of automation in the form of autonomous haulage and autonomous driving, but now we’re seeing all the other ancillary services that are requiring automation and robotic solutions to take people out of danger but also to enable a highly efficient and productive system.

“We’re starting to see some of those capabilities move across into exploration, including the ability to deploy smart sensors in the field robotically, the collection of samples, and the analytical processing of those samples.”

He told the symposium the increase in robotics was aided by a reduction in sensor and computational costs, and, with more tools and technology available, there was increased adoption and acceptance.

“Robots are helping with the dirty, dull and dangerous, and distance challenges,” he said. “Applying robotics can definitely remove people from harm’s way. It can also augment what they are able to achieve by being able to explore in environments where until now we’ve been limited.”

This included in Australia, with areas subject to extreme heat, the high altitudes of the Andes, and subsea exploration.

“Robotics is surfing the wave of AI,” he said. “There’s a huge amount of development and growth in this area. We’ve gone past the AI winter, as they call it, and the acceleration of tools, and the ease of use of those tools is becoming a critical enabler.

“My prediction is that we’re going to see more and more solutions where they’re highly engineered highly capable, robust, highly configurable and easy to use.”