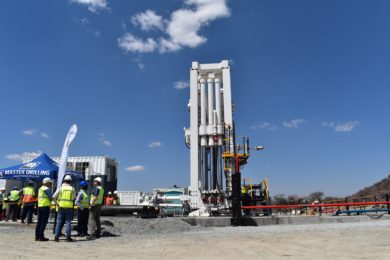 Master Drilling says it has partnered with a Russian company to form a new entity called Master Detra. Through this entity, it will offer raise bore services to the Russian and Kazakhstan markets. Master Drilling adds: “This partnership will assist us in understanding market conditions, culture, and language. Master Detra is now a leading turnkey solution for mines that can make a big difference on productivity and safety for mines. They also deliver open pit and surface drilling and contract mining services.”

The partner company is Moscow headquartered Detra LLC, part of OGK Group, which is one of the largest independent service companies in Russia in the field of exploration and production of solid minerals. Master Drilling and Detra already had an alliance in place before the formation of this new company. For its part Detra says it provides a full range of services for mining companies: drilling and blasting works, excavation and transportation of mined rock, mining capital and mining preparation works, construction of boreholes and overhead drilling. In August 2020, the two partners announced new raise boring work at the Northern Mine of Kola MMC in the Murmansk region. Kola MMC is part of Norilsk Nickel.

The move is part of the company’s diversification strategy. Last year in its interim results it said that it was making good progress in pursuing its strategy to secure projects in various geographies and industries. New work was secured in West Africa, Australia, Russia, Europe and North America. Danie Pretorius, CEO of Master Drilling, said at the time: “At year end, we highlighted our interest in growing our presence in Australia, Russia and central Asia, with a focus on raise boring. Our Russian business partner agreement is in place and a project has been secured with equipment currently being mobilised. Opportunities in Kazakhstan and neighbouring states are also being actively worked on. Operations in Australia have started under a contract and we are actively building a pipeline of new projects.”