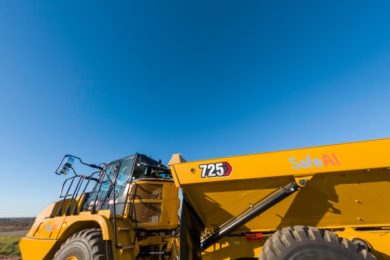 In 2020, SafeAI says it focused on building its team, business, and ecosystem, having signed a number of major contracts and partnerships with industry leaders like Goodyear and Obayashi to deliver autonomy to construction and mining, at scale. The company now says this momentum has continued into 2021 as it expands both its global footprint and leadership team. It recently announced a new office in Perth, Australia and has now welcomed three internationally-recognised experts in autonomous mining — Grant Moy, Ashley Richardson, and Dwayne Read — to lead a rapidly-growing mining division.

“This is a natural next step for our growing business,” said Brenton Welford, Vice President of Business Development, based in Perth, Australia. “Autonomy 2.0 is a game-changer. The expansion of the Australian team will not only support our major contracts in the region, but it will also position us as a market leader for the implementation of autonomy 2.0 in the mining industry.”

Australia has one of the world’s largest mining industries, worth $202 billion and accounting for more than 10% of the country’s economy. “As demand for autonomy grows internationally, Australia’s booming mining industry is right on the brink of total transformation; led by our new mining team, SafeAI is poised to deliver that transformation.”

Together, SafeAI says these three experts bring decades of industry experience and a proven track record of accomplishment in autonomous mining. “They will be responsible for advancing our autonomous ecosystem, supporting our existing customers in the region, and collaborating closely with new customers and partners as SafeAI continues to grow its footprint in Australia.”

“The mining industry is at the forefront of deploying autonomous and connected technologies — and right now, it’s on the cusp of an autonomous revolution,” says Bibhrajit Halder, Founder & CEO at SafeAI. “As one of the largest mining industries in the world, Australia has a tremendous opportunity to set the tone for what the future of the industry can, and should, look like. As we welcome Grant, Ash, and Dwayne, I believe we’ve found precisely the right people to lead the charge and deploy autonomy, at scale. Our customers are in excellent hands as they look to deploy autonomy to create safer, more efficient, and more profitable mining operations.”

While autonomous equipment is not new to the mining industry, only a few of the big mining companies in Australia have the scale to use existing autonomous technology. SafeAI, which is an after-market solution, says it enables mining and construction companies of any size or fleet composition to take advantage of the technological advancements in AI, at a lower cost.

“The wholesale adoption of AI and autonomous vehicles can lead to substantial savings for company spending on equipment, maintenance, insurance and fuel consumption. Other benefits include cost reductions with increased autonomous vehicle running hours, shorter hauling cycle times, downtime can be eliminated, and wear and tear on equipment, including tyres. The use of AI and autonomous equipment in mining also has significant safety benefits, with autonomous equipment including anti-collision intelligence, drivers removed from hazardous environments, and driver-related incidents avoided.”

Welford says the principal value-driver of autonomy was increased productivity, with existing technology reportedly delivering up to 1,000 additional hours yearly, per machine. “SafeAI improves on existing technology, while at the same time making autonomy more accessible to mid-tier miners and contractors.”

While its use means fewer people would be needed to drive trucks, people will supervise the technology remotely, creating a new stream of job opportunities and an upskilled workforce. “It’s about upskilling and training people for new roles such as autonomous vehicle and software specialists,” Welford says. “There may be fewer people on-site, but there are more highly-trained people in a safer environment.”