Against the odds, Sakhalin coal miner EMCO produced a record 11 Mt of coal in 2020 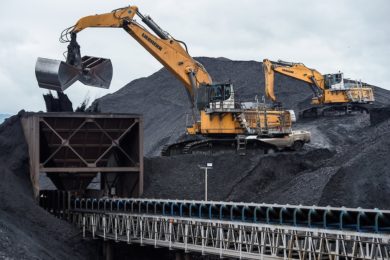 The Solntsevsky coal mine, the key mining asset of East Mining Comany (EMCO), written in Russian Vostochnaya Mining Company (VGK) for the first time reached a thermal coal production volume of 11 Mt at the end of 2020. Despite a general decrease in production rates in the Russian coal mining industry, EMCO upped its level by 21%. EMCO also retained its leading position in coal production in the Sakhalin region, accounting for over 80% of the total.

In the period from January to December 2020, the Solntsevsky coal mine increased coal production by 1.9 Mt compared to the same period in 2019. Stripping work at the open pit increased by 30%. In 2020, almost 97 million cubic metres of rock mass were moved.

EMCO says it annually increases its export potential. Thermal coal mined at the Solntsevsky coal mine maintains a highly competitive position in the markets of Southeast Asia. Igor Lastochkin, Deputy General Director for Export of EMCO, commented: “In general, in Russia, according to the results of the last year, there was a decrease in coal production. The impact was made by the restrictions imposed in connection with the coronavirus pandemic, which led to a decrease in fuel demand among key consumers from among foreign countries. But despite this, we managed to retain our key customers and reach new customers, further expanding our sales market in the Asia-Pacific region.”

In order to increase production capacity and increase coal production, EMCO annually invests in the development of the Solntsevsky coal mine, expanding the fleet of mining and auxiliary equipment. The mining fleet of the mine comprises 29 excavators, 36 bulldozers and 140 dump trucks, of which 93 are BELAZ units.

“We are actively implementing a digitalisation program at the Solntsevsky coal mine. Dispatching of all mining and transport operations is underway. Technologies are being introduced to reduce fuel costs, repairs and maintenance. As a result, in just two years we made a big leap forward in terms of production. In 2018, 7.5 Mt of coal were mined. According to the results of work in 2020, 11 Mt have already been produced. In two years, volumes have grown by 46%. Thanks to the introduction of modern technologies, we are increasing the efficiency of the entire cycle of work, which in the long term will allow us to increase the volume of production to 20 Mt,” commented the director of the Solntsevsky coal mine Alexei Sharabarin.

EMCO is also proceedng with the second phase of its large scale digitalisation project. After the start of the implementation of digital solutions at the Solntsevsky coal mine, the other major asset, the Coal Sea Port of Shakhtersk, was added to the project. In all, 28 machinery units operating in the port were equipped with a modern geolocation system. All excavators, bulldozers, and loaders were equipped with sensors. The whole vehicle fleet has also been equipped with a fuel management system. The company’s management will be able to monitor key performance online indicators of the vehicle fleet and make quick management decisions based on the monitoring data.

After installing all the sensors for machinery’s performance, location, fuel consumption, and other parameters that are important for higher production results, all the data will be transmitted to a single control centre via a mobile network. The employees of the centre will be able to estimate machinery’s live location and performance efficiency based on the work track records as well as, if necessary, reroute the machinery to another site. By displaying the daily vehicle location and tasks it is executing, the geolocation system will increase the effective output as well as eliminate possible shutdown time and redundant idle run.

The operating costs for fuel and lubricants are among the major costs of the company, and the fuel consumption control system will allow keeping their accurate records by making the system completely transparent. The sensors display the full fuel cycle.

“By virtue of digital services, we will have a complete picture of all production processes in the territory of the port and will be able to create a more advanced operation algorithm, quickly rerouting the machinery to the sites where it’s really needed. Now, we will be able to adjust the fuel consumption system that will allow avoiding equipment shutdowns while waiting for refuelling,” commented Anatoly Balakin, Director at the Coal Sea Port of Shakhtersk.

The last key stage of the digitalisation at EMCO will be integrating the extraction-delivery-shipment cycle into a single online system, controlling all production processes.