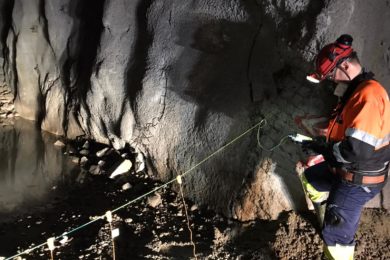 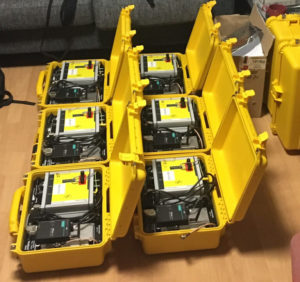 Arto Palokangas, Production Engineer of Kemi mine, says that the new system will first and foremost increase safety. “To carry out the blasts in one blasting window nowadays, several groups of blasters have to move to several locations in the mine in a pre-agreed order in a short term of time. With the DaveyTronic®UG system, blasting can be carried out centrally from a single location when the mine is empty. In the future, centralised blasting will also enable the shortening of the blasting window and this way increase the efficiency of working time.”

The commissioning of the system and training of the staff was implemented during weeks 50–51 in December 2020. The training covered several topics: the commissioning of the devices, attaching the devices to the Wi-Fi of the mine, training blasters to use the system and tips on how to apply theory to practice when the system is in everyday use at the mine. At the beginning of 2021 the system is becoming an even more significant part of everyday life at the mine, as the aim is that all blasts will be executed from one place, in a controlled, effective and safe manner.

Forcit Operations Manager Jukka Aho and the whole Forcit team are very satisfied with the system and cooperation. “Only after three days of setting and testing, we were able to conduct first ever wireless DaveyTronic®UG Multiblast at Kemi mine. We had three separate blast fields in the blast and now we’re steady on road to centralised blasting at the mine.” 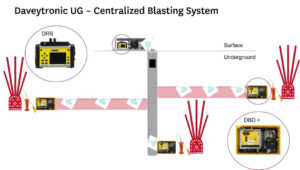