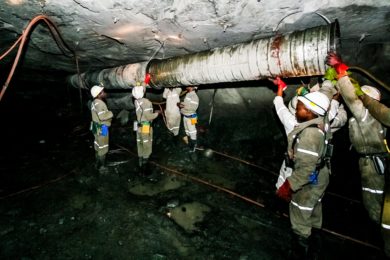 Impairment Science Inc has released a new tool that could help mining companies test whether employees are unimpaired and, therefore, fit for duty.

Druid Enterprise embeds the Druid impairment app into a cloud-based management portal for business managers to monitor and analyse employees’ Druid tests and flag individuals who may be impaired.

ISI’s goal is to help employers create a ‘culture of safety’ in the workplace, particularly in the construction, manufacturing, mining, and transportation industries, it said.

All four tasks can be completed in under three minutes, with the app collecting and integrating hundreds of measurements during that time to produce an overall impairment score.

“Through Druid Enterprise, employees’ impairment scores can be viewed individually or collectively by score range, age range, gender, or workgroup (production, distribution, sales, administration, etc), either for a specific date or over a period of time (by week, month, days of the week, etc),” the company said. “Graphical displays draw attention to higher scores or a pattern of scores that may indicate impairment and thus warrant further examination.”

Dr Michael Milburn, Druid’s inventor and ISI’s founder, said: “Researchers at The Johns Hopkins School of Medicine, the University of Colorado and Washington State University have confirmed Druid’s accuracy and sensitivity. Druid is the only impairment measurement tool that is quick, portable, objective, accurate, sensitive, and inexpensive, and that’s why it’s now being used by several other high-profile researchers who study impairment.”

The first Druid Enterprise pilot was conducted at a large Canadian underground mine, according to CEO Rob Schiller.

“This collaboration allowed us to finetune the app’s enterprise capabilities to deliver the kinds of data presentations that management could use in real time to protect their workers’ safety on the job,” he said.

The mine subsequently licensed Druid Enterprise, and that set the stage for ISI to initiate several other pilot programs in mining and manufacturing companies.

Alongside the Druid Enterprise launch, Impairment Science also released a new version of the Druid impairment app for personal use to improve user experience. This update improves accuracy, clarifies instructions, and provides additional ways for users to interpret their performance scores, according to the company.