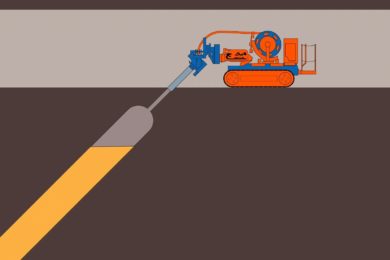 Nippon Dragon Resources, a pioneer of the innovative thermal fragmentation mining process, says it has begun transforming its flagship gold property Rocmec 1, in Quebec, Canada, into a dynamic mine through investments in exploration, development, infrastructure and equipment.

In January, the company produced 1,000 t of mineralised material from the project. With the implementation of strict grade control procedures, the samples returned average grades of 6.5 g/t Au.

Nippon says plans have been completed to ramp up production to 3,000 t/mth within the next six months.

Mining at Rocmec 1 is based on state-of-the-art technology that integrates management and planning processes into digital platforms for project control and reporting, the company says. While it is currently finalising agreements with third-party milling facilities to readily bring bullion to market, its plans are to build a processing facility underground at Rocmec 1.

“Through the use of a completely mechanised thermal fragmentation extraction process, highly concentrated mineralised material is produced with minimum dilution,” the company explained. “Minimum mining waste is produced, and all waste material is stored underground, with zero environmental impact. Mine water is also recycled, drastically reducing our environmental footprint.”

Nippon has an exclusive licence for the thermal fragmentation mining process for narrow vein mining. The process involves drilling a series of 6 in (15 cm) pilot holes into the vein with a conventional drill. Thermal fragmentation (thermal head, compressed air and water) is then inserted and spalls the rock, quickly increasing the diameter of the hole to 30-110 cm. After this, ore can be extracted in 0-13 mm fragments. The leftover rock between fragmented holes is then broken to recover the remaining ore.

The proposed development plan at Rocmec 1 is based on the company’s permit to extract up to 44,000 t of mineralised material underground from its mining lease. The company says it is working on preparing and gathering the required information for the various government agencies and authorities to go beyond the permitted 44,000 t.

Alongside this work at Rocmec 1, Nippon says it has established a series of agreements with “renowned engineerin firms” to provide engineering services and support to operations. Service agreements have also been made with organisations to provide mining supplies and equipment maintenance services, it said.

The development and production equipment fleet has also been recently upgraded to meet the production targets, it said. Nippon has, in particular, optimised its thermal fragmentation units to permit full recovery of its narrow vein mineralised material economically and with minimum dilution. 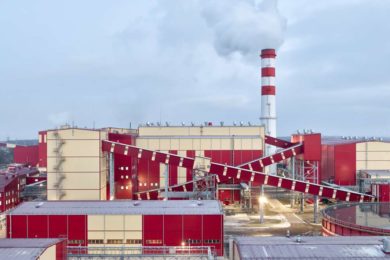 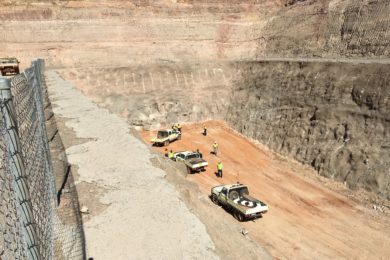 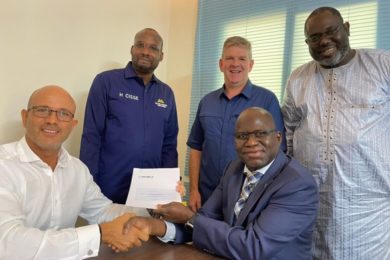