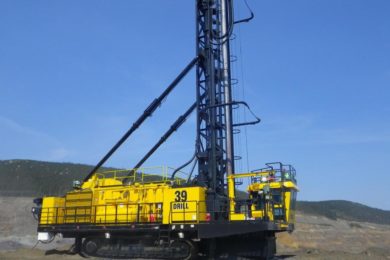 There is a lot of news on innovations across its sites in the Rio Tinto annual report 2020 released today, including at the new Gudai-Darri (Koodaideri) PIlbara iron ore mine where the company says it is shaping new ways of working – “some never seen in our business or industry.” Set to be one of the world’s most automated mines, Gudai-Darri’s autonomous fleet will include the world’s first autonomous water carts, to be launched in 2021. Delivered through a partnership with equipment manufacturer Caterpillar, the water carts will join its autonomous heavy mobile equipment fleet including haul trucks and autonomous drills.

Over in Canada, Rio Tinto says it has piloted two autonomous electric drills at Iron Ore Company of Canada (IOC) in Newfoundland & Labrador. Among the first of their kind, the trial showed the system delivered increased safety and productivity benefits compared with standard rigs. By allowing a single operator to monitor multiple drills from IOC’s Integrated Operations Centre in Labrador City, drilling can continue safely in conditions unfit for teams on the ground, such as blizzards, freezing temperatures and electrical storms.

The pilots began in 2019, when IOC successfully converted two P&H 320XPC drills with technology that allows drills to be operated autonomously from a remote location. This improves safety by reducing exposure hours for operators in the mine as well as unit cost and productivity. IOC drills are all-electric and must withstand extreme winter conditions of -40°C. The technology solution implemented is one of the world’s first autonomous, electric drills.

The ADS solution platform (base machine control, sensors, situational awareness, drill automation, safety systems and operator consoles) was provided by FLANDERS. The extensive test phase confirmed that the solution is both safe and resilient. The productivity improvement of autonomous drills is approximately +20% compared to manual drills. This uplift comes mostly from increased usage and improved penetration rates. Like many robotic machines, the ADS works particularly well on large drill patterns where the machine-driven repeatability without shift change, blast evacuations or weather-related breaks.

IOC states: “The key to the success of this pilot project was its operational readiness and change management approach. With the new technology, maintenance personnel needed training. Drillers, attendants, supervisors, planners and others needed assistance adapting to changes in processes and established practices. The positive outcome of the pilot project will now lead to the conversion of the remaining drill fleet into ADSs.”