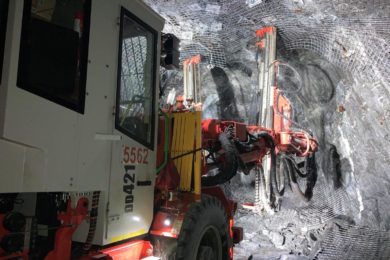 Perenti Group has targeted the North America market for further contract mining growth, establishing a US office in the first half of its 2021 financial year.

The office, thought to be in Denver, Colorado, will help the company make the most of the substantial pipeline it has identified in North America.

The news came during the company’s first half results to the end of December 2020, which showed off revenue of A$1.01 billion ($799 million) and EBITDA of A$201 million.

Noting strong growth in its underground business and a contraction in its Africa surface business (most of which is tied to its AMS subsidiary), the company said it had won A$1.1 billion of new work and extensions since July 1, 2020, while its orderbook was around A$5.5 billion and its pipeline was circa-A$9.2 billion.

Within this global pipeline, A$2.1 billion was in the North America region, Perenti said. This was made up of 14 projects, three of which were at the tendering stage. Overall, 14% of the pipeline was from the US and 9% was in Canada.

The company, through its Barminco subsidiary, won its first “significant” North America contract last year when it signed on to an underground contract mining agreement at Barrick Gold’s Hemlo mine in Ontario, Canada (pictured).

In other news, the company said increased demand for its MinAnalytical mineral sample processing had been registered in the six months to the end of December, with record PhotonAssay processing recorded in December 2020.

The company also said it was “progressing alternative service offerings” during 2021.