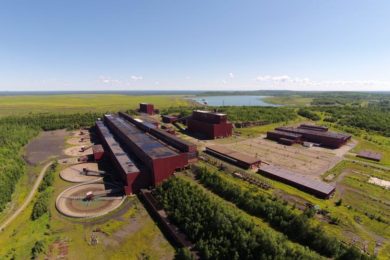 The Minnesota Supreme Court yesterday unanimously ruled in favour of the Clean Air Act permit issued to PolyMet by the Minnesota Pollution Control Agency, overturning an order by the state Court of Appeals that had remanded the permit back to the agency, according to Poly Met Mining, Inc, a wholly owned subsidiary of PolyMet Mining Corp.

Rejecting the central legal argument relied on by opponents of PolyMet’s project, the court ruled that the lower court had “relied on an erroneous interpretation of federal law” when it remanded the permit. “This decision is another big win and a major step forward in the defense of our air permit,” said Jon Cherry, Chairman, President and CEO. “We believe strongly that the facts and the law are on our side, and we are pleased that the court agreed with us on the law. This is a victory for the company, our many stakeholders and for everyone that supports responsible mining in Minnesota.”

The ruling endorses the MPCA’s permitting process which involved a years-long review of the project and its potential effects on air quality, Cherry said. “The decision provides additional clarity that will enable the company to move closer to mining the metals that are needed for improvement to U.S. infrastructure projects and production of electric vehicles and renewable energy technologies,” he said.

Now that the Minnesota Supreme Court has ruled on the most significant legal issue, the case will return to the court of appeals for resolution of a few remaining items that the court did not specifically address in its original decision. “We are confident that the record in the court of appeals supports the MPCA’s decision to issue the permit,” Cherry said.

PolyMet is a mine development company that owns 100% of the NorthMet Project in the Mesabi Iron Range, the first large-scale project to be permitted within the Duluth Complex in northeastern Minnesota, one of the world’s major, undeveloped mining regions. NorthMet has significant proven and probable reserves of copper, nickel and palladium, in addition to marketable reserves of cobalt, platinum and gold. When operational, NorthMet will become one of the leading producers of nickel, palladium and cobalt in the US.

The NorthMet deposit will be mined by open pit methods to a depth of approximately 700 ft below surface. It is also reusing existing infrastructure of the former LTV Steel taconite processing site. It is expected to produce up to 57.7 Mlbs of copper, 8.7 Mlbs of nickel, 311,000 lbs of cobalt, 14,000 oz of platinum, 59,000 oz of palladium, 4,000 oz of gold and 48,000 oz of silver annually over an estimated mine life of 20 years.