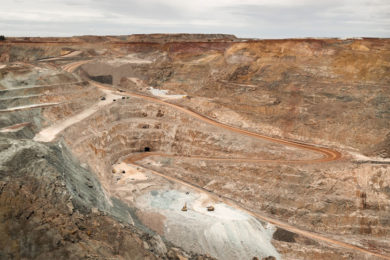 Macmahon Holdings Ltd has been awarded its second major contract in as many weeks in the Goldfields region of Western Australia, receiving a letter of intent to carry out contract mining services at Red 5 Ltd’s King of the Hills (KOTH) gold project.

The KOTH project is an open pit and underground gold deposit with a projected mine life of over 16 years. This could see the company produce 176,000 oz/y of gold over the first six years, according to a recent feasibility study.

Red 5 has commenced the construction of the camp and processing facilities on site and is planning for mining to commence in early 2022. First gold production is expected to occur in June 2022.

Following a detailed tender process for both the surface and underground mining activities, Red 5 has issued a letter of intent to Macmahon for a proposal combining both scopes of work. Under the agreement, the parties are working to finalise the documentation by which Macmahon will provide all surface and underground mining services to the project over a five-year contract term, commencing in the March quarter of 2022.

Macmahon expects this documentation will be completed by June 2021 and that the contract will add over A$650 million ($497 million) to the company’s order book.

Macmahon’s CEO and MD, Michael Finnegan, said: “We are delighted to be in advanced discussions with Red 5 for its King of the Hills gold project in Western Australia. We have a strategy to expand our presence across the mining services value chain, and this project highlights the benefits of being able to offer a combined surface and underground mining solution from the outset. We look forward to continuing our relationship with the Red 5 team and supporting their development of this important project.”