Fusion Fuel and Magnesitas to evaluate green hydrogen use in mining 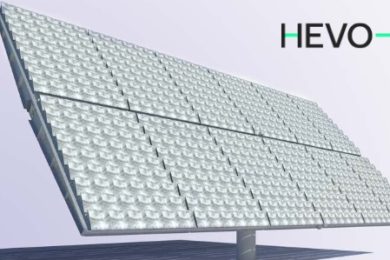 Fusion Fuel Green has signed a memorandum of understanding with Spain-based mining company Magnesitas De Rubian SA to jointly explore the feasibility of combining green hydrogen and carbon capture technology to reduce the carbon intensity of mining operations and processing.

The longer-term ambition of the partnership is to accelerate the timeline to climate neutrality of mining activity and develop new mining solutions based on zero-emissions hydrogen, the companies said.

The proposed project would involve the installation of up to 10,000 HEVO-SOLAR units at Magnesitas’ magnesite site in Lugo, Spain, which would enable Fusion Fuel to produce 20,000 t/y of green hydrogen, the companies said. A portion of the output would be used to generate industrial heat in the Magnesitas’ natural gas/hydrogen combi furnaces, while the remainder would be combined with 125,000 t of CO2 captured by Magnesitas to produce between 38,000 and 45,000 t/y of synthetic fuels.

Joao Wahnon, Head of Business Development at Fusion Fuel, said: “We are very pleased to join with Magnesitas de Rubian to support them on their decarbonisation journey and co-develop new solutions to reduce the carbon footprint of the mining sector.

“Spain is an excellent market for our technology and an important market for us strategically, and this project is consistent with our mission of supplying the world with innovative and cost-competitive green hydrogen solutions to accelerate the energy transition.”

Eduardo Jiménez Aguirre, Managing Director of Magnesitas De Rubian, added: “The mining industry is only just beginning to think about climate risk and set emission-reduction targets, so we see this as a unique opportunity for Magnesitas de Rubian to assume a leading role in the decarbonisation effort. We are excited to be partnering with Fusion Fuel on this project and look forward to deploying their disruptive HEVO technology to generate renewable hydrogen for our operations.”

Fusion Fuel says it has created a revolutionary proprietary electrolyser solution, the HEVO, that allows it to produce hydrogen at highly competitive costs using renewable energy, resulting in zero-carbon emissions. HEVO has been specifically designed to be small, light and, critically, able to be mass produced using automated production lines, according to Fusion Fuel.