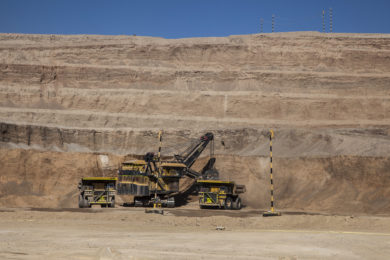 Back in July 2020, partners CORFO (Chile’s Economic Development Agency), CSIRO Chile, ENGIE and Mining3 announced that under the so-called HYDRA project they would collectively be developing hybrid powertrain modules in the country for Chilean mining, replacing conventional diesel powertrains with an FCEV approach comprised of state-of-the-art batteries and hydrogen fuel cells (green H2). CORFO contributed about US$353,000 with the remaining US$975,000 from the other project partners, for a total cost of over US$1.3 million.

The project came about as part of a new Chilean National Decarbonisation policy, where the Chilean government and the country’s mining sector agreed to implement a ‘Green Mining Plan’ in order to help achieve the country’s commitment to carbon neutrality by 2050 via the decarbonisation of mining production, which represents up to 14% of the total national emission of greenhouse gases in Chile (91 Mt CO2eq).

To achieve this national goal, the mining sector has proposed 13 initiatives to help Chile’s companies achieve the climate change targets, of which HYDRA is one. IM recently caught up with Vice President of CORFO, Pablo Terrazas to find out about progress so far and goals that have been set. He commented: “The main stakeholders are focusing on the design and production of a 100% Green PowerDrive prototype, in order to replace the diesel engines of today’s mining vehicles and reduce by 80% the direct CO2eq emissions of the sector, and also generating TOC savings of 5% by 2025 based a fleet of an example fleet of 18 trucks.”

Terrazas adds that thanks to expected cost savings with larger fleets, that this new Green PowerDrive HYDRA solution will not only result in a direct reduction in CO2 emissions from the mining sector, but also boost mining profits, establish a new national technology HUB, and help develop a green H2 production industry, infrastructure and export economy.

The project started up in December 2020 and will run for 18 months to July 2022. Terrazas says the initial Green PowerDrive prototype results are expected by the end of April 2021 and that by June 2021 the project is looking to achieve the following: