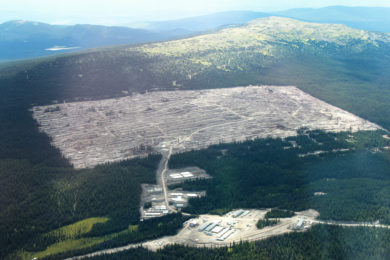 After a competitive bidding process, Artemis Gold has executed a binding memorandum of understanding with Ausenco Engineering Canada Inc providing for a guaranteed maximum price (GMP) for a fixed-price engineering, procurement and construction (EPC) contract to construct a 5.5 Mt/y processing facility and associated infrastructure at the Blackwater gold project in British Columbia, Canada.

The selection of Ausenco as the successful bidder was based on a proposal to engineer and construct the facilities for a GMP of $236 million ($188 million), subject to any technical or commercial changes requested by Artemis.

The MoU outlines the terms under which Ausenco will undertake further detailed engineering, which will form the basis of a final fixed EPC price that will not exceed the GMP. This Ausenco GMP is consistent with capital estimates in the company’s 2020 prefeasibility study on Blackwater.

A fixed price EPC contract on the processing facility and associated infrastructure represents by far the largest single component of the capital cost of Blackwater at approximately 40% of the PFS estimate of C$592 million ($470 million), Artemis says.

Ausenco has already undertaken a significant amount of detailed engineering work on the plant and will be working towards a final fixed-price EPC contract for the facilities scheduled for completion in the September quarter.

Artemis is also conducting a competitive bidding process for a GMP proposal in connection with a fixed price EPC contract for the construction of the electricity transmission line and associated offsite infrastructure, with an expected GMP award in the June quarter, it said.

Steven Dean, Chairman and CEO, said: “The execution of this MoU represents a significant investment of time and effort from management and multiple GMP bidders over the past several months. The Ausenco GMP bid serves as further validation of the initial capital costs estimated in the 2020 PFS with respect to the process plant and associated facilities, further de-risking the development of the project.

“Following a rigorous adjudication process of a number of competitive proposals, we are very pleased to be working with a world-class engineering firm such as Ausenco. Ausenco was also involved in the successful development at Atlantic Gold and the award of the GMP should give investors and potential project debt lenders greater confidence in the proposed schedule and initial capital cost to develop Blackwater on time and on budget.”