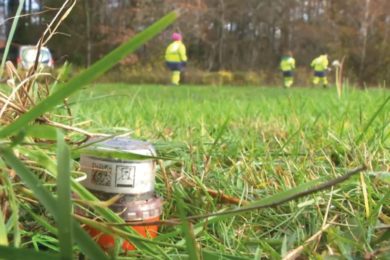 A collaboration between STRYDE, a seismic technology provider, and Explor, a geophysical technology and data acquisition company, has indicated seismic imaging surveys in mountainous terrain could become much less onerous in the future.

As STRYDE explains, mountains present a significant challenge for any sector seeking to map the subsurface to determine the abundance of resources, from mining to water management to energy. The steepness and narrowness of mountain paths present a significant health and safety risk and can prevent large teams or vehicles from accessing different locations of the site, in some cases necessitating the use of helicopters to transport equipment.

Helicopters, however, present not only a significant expense and source of carbon emissions, but a considerable health and safety risk. Any technology used in these locations, therefore, must require minimal intervention and enable independent operation, the company said.

The seismic imaging trial STRYDE and Explor embarked on took place on mountainous terrain in the Canadian Rocky Mountains. The mountain imaged by Explor was particularly inaccessible, reaching over 2,000 m in height, with the steepest slope gradients exceeding 40°.

“The steep slopes and the presence of large, unstable boulder fields in this site meant that the only way to deploy nodes was on foot,” STRYDE said. “On-foot transport requires a limited weight carried per person to avoid injury. This limited weight means that a large team is required to carry the number of conventional nodes needed to accurately map out the subsurface.”

As such, Explor trialled STRYDE’s Nimble system™ as a receiver in conjunction with Explor’s PinPoint® seismic source to gather a 2D seismic line and confirm the suitability of STRYDE in mountainous terrain.

Due to the STRYDE node’s size and 150 g weight, Explor’s team of three were able to deploy more than one node every minute. The enablement of this small team size also proved crucial with the project taking place between June and September 2020, during COVID 19 restrictions on on-site personnel. STRYDE provided remote support for initial setup and Explor was able to activate and distribute the nodes independently.

STRYDE’s node can continuously record seismic data for at least 28 days at temperatures well below freezing, minimising the need for interaction with the nodes once placed, the company says. Once data had been collected, it took two members of Explor’s team just three hours to retrieve several hundred STRYDE nodes throughout the mountain terrain.

Explor was able to fit all the equipment needed for deployment and recording including both the STRYDE Nimble system and the PinPoint source system into a single pickup truck and 20 ft (6.1 m) trailer. This contrasts with a previous similar Explor seismic study, which had required a 50 ft (15 m) tractor trailer and a truck, plus 18 people, just to transport the system into the seismic camp.

Allan Chatenay, President of Explor, said: “To acquire a 2D line in extremely rugged terrain with just three people is game-changing and a testament to STRYDE’s pioneering system. This technology will change the efficiency of seismic operations.

“The remote support we had from STRYDE – despite all the challenges associated with the pandemic – was excellent. The whole trial was conducted successfully in half the time and with less than 20% of the people power that would typically be needed.”

Mike Popham, CEO of STRYDE, said: “We share a common vision for the future of land seismic, whereby technologies such as PinPoint and STRYDE allow zero environmental impact seismic acquisition.

“We have demonstrated that any site, regardless of terrain, can be mapped with seismic technology with even a skeleton crew. The massive reductions in cost and environmental impact you can gain by eliminating the need for additional vehicles or line clearing can open up the power of seismic imaging of the subsurface to a whole range of industries and applications – from geothermal energy to mining to carbon capture and underground storage.”

Explor has committed to another project using 20,000 STRYDE nodes following the results of this trial, STRYDE said.