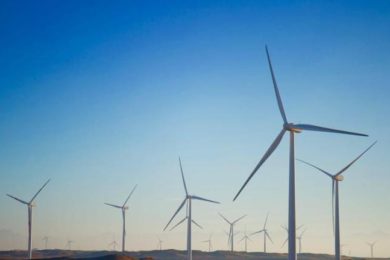 Anglo American and ENGIE’s Peru-based subsidiary have signed an agreement to convert the current contracted energy supply for the Quellaveco copper project to 100% renewable sources, in addition to agreeing on another eight years of energy supply for the mine, starting in 2029, from “green energy” inputs.

The agreement will see Quellaveco, a copper project being developed by Anglo and Mitsubishi Corp, become the first mining operation to promote the construction of a non-conventional renewable energy plant, according to ENGIE.

As part of the pact, ENGIE Energía Perú has agreed to convert the total electricity supply for Quellaveco (187 MW) to 100% green energy, with 150 MW of supply over eight years from 2029 also coming from green energy sources.

ENGIE Energía Perú will source the renewable energy from its Punta Lomitas wind power plant, an in-development wind farm with a joint nominal capacity of 260 MW located in Ocucaje-Ica and a 60 km transmission line connecting the plant with the National Interconnected Electric System. The project has been granted a generation and transmission concession by the Ministry of Energy and Mines, and construction is expected to start in the second half of 2021, the company says.

Tom McCulley, CEO of Anglo American in Peru, said: “We are working from different areas to contribute to a healthy environment. Our goal is to transform the very nature of the industry to ensure a safer, cleaner and more sustainable future.

“By resorting to the use of higher precision technologies, such as those that Quellaveco will have, as well as by focusing on consuming less energy and less water, we will reduce our environmental footprint for every kilogram of copper that we produce, starting in 2022.”

Rik De Buyserie, CEO of ENGIE Energía Peru, added: “Thanks to the renewable energy certificates delivered by the Punta Lomitas Power Plant to supply the demand for the Quellaveco project, we are proud and committed to accompany our client Anglo American and mining in Peru, on their path to carbon neutrality.”

Quellaveco, owned 60% by Anglo and 40% by Mitsubishi Corp, comes with a production blueprint of 300,000 t/y of copper over the first 10 years of the mine, with first production expected in 2022.