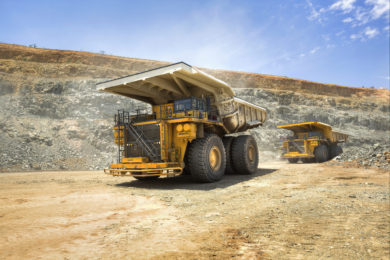 Offering significant peak power capability, it will also deliver the robustness seen in industrial diesel engines for harsh environments. The power unit has been designed and built at WAE, in Grove, Oxfordshire, UK. Through regenerative braking, the battery system will be capable of recovering energy as the haul truck travels downhill. It was shipped to the system integrator First Mode in Seattle who have combined it with Ballard Power Systems fuel cells for testing before the completed power unit is be shipped to South Africa (this is imminent) for integration into the truck.

Fast forward just over a year later, and iron ore miner Fortescue Metals Group announced an agreement in March 2021 with WAE to design, build, test and integrate a battery system to power an all-electric mining haul truck, as an important first step to decarbonising its mining haul fleet. The project includes the design and construction of a bespoke battery-electric powertrain, again with the ability to regenerate power as the truck travels downhill. The battery will again be built at WAE’s facility in the UK, before being shipped to Perth for integration into a 240 t class prototype haul truck for performance testing at Fortescue’s mining operations in the Pilbara of Western Australia. To support the full implementation of a battery-electric haulage fleet, the project will also involve the development of a fast charging unit which will harness renewable energy from Fortescue’s Pilbara Energy Connect network. FMG has also said that phase two of the project will also consider hydrogen fuel cell power.

For both projects, WAE has drawn on its extensive experience as the sole battery supplier to the FIA Formula E global motorsport series for the first four seasons. WAE is also the sole battery supplier to the new FIA Extreme E racing program, a newly-launched electric SUV off-road racing series which began this year with the first X Prix race recently taking place in the Saudi Arabian desert. WAE is also involved in other sectors besides motorsport and mining, working as an example with fellow Oxfordshire-based firm, OXIS Energy Ltd, on the production of a world-first battery system, designed for an all-new 40 ft electric luxury boat. 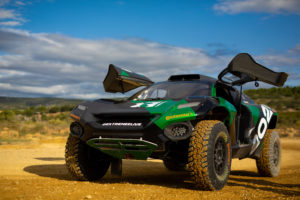 Q As a company are there any parallels and/or major differences between motorsport and mining in terms of how the vehicle demands power and delivers power?

Although mining operations and operators use their technology in multiple ways, the major objectives are the same; to deliver a solution that is optimised for a lap of a ‘circuit,’ much we do in motorsport, to avoid waste and to avoid unnecessary overheads in the technical solution. The main difference is perhaps the most obvious – the scale of the end product 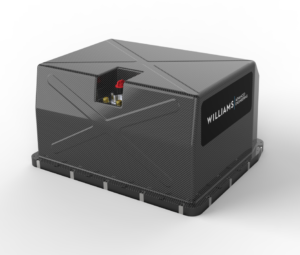 Q What has WAE been able to offer to the mining market versus the industry just buying batteries from established players already supplying industry – why did mining trucks need a specialist like WAE?

With the legislative drive to support zero emissions, more pressure is being put on industry across all sectors to find solutions and most of our clients come to us for help with finding a solution. By leveraging our significant background and experience in electrification, WAE is able to provide solutions which are bespoke to individual requirements, rather than simply buying batteries from existing suppliers. In commercial environments, we are able to offer the most optimised solution which delivers the most compelling cost per use. Industrial inertia from the automotive sector answers some of the questions posed by mining, but not all

A simplified integration will undoubtedly create more opportunities both technically and commercially. However, the industry also needs to define, through first of a kind technology programs like this, what the design needs to ensure it’s delivering through the whole mining lifecycle

Q Going forward do you see mining becoming a larger part of the WAE business? Is there potential in mining aside from just haul trucks?

I think we have already seen that there is significant demand for electrification capability in mining and as such, we will continue to support the market requirements. Electrification is undoubtedly going to be a strong driver across the board in reduction of emissions at point of use for this sector, and also to deliver energy independence for the operators, when generating their own green energy

Q Equally in underground mining could WAE have a role to play?

This is a key area for the future, again due to the drive for a reduction in emissions; it has the potential to unlock new ways of working, potentially reducing the overhead of operations in some instances. Our view at WAE is that the sector is clearly serious about moving forward rapidly and adopting new and winning technologies in order to support delivery of its net zero target