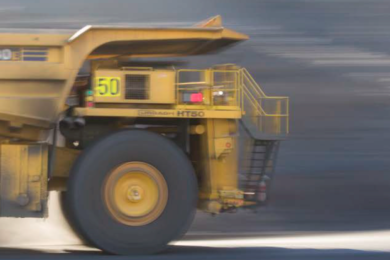 RPMGlobal says it is pleased to be playing a major role in the industry’s shift towards a greener future having added electric vehicle support to its haulage simulation platforms, HAULSIM and SIMULATE. The company is already engaged with a global tier one miner to simulate the benefits of haulage vehicle electrification within their mining operation and has completed two haulage electrification proof of concept studies for a major mining company in Australia and for a client in Indonesia, respectively.

The studies assessed the implementation of electric haulage systems via application of hybrid diesel-electric, trolley assist and fully electric battery technologies leveraging RPMGlobal’s haulage simulation software, HAULSIM. “HAULSIM is a Discrete Event Simulation (DES) tool which enables the user to build a digital twin of any mining operation to evaluate different haulage scenarios. With a calibrated simulation model, every question about changes to a haulage system can be tested, answered and quantified before equipment is purchased or works begin.”

Commenting on the new addition of battery electric vehicle capabilities to its software, RPMGlobal Chief Executive Officer Richard Mathews said the introduction of the technology presents significant opportunity for the industry. “For a miner or OEM to be able to quickly calculate the environmental and social benefits and considerations, along with the financial and operational differentiators between diesel powered and electric vehicles, will be enormous in the coming years,” he said.

While sustainable mining may sound like a paradox, Mathews said technology enablement and simulation to produce optimal haulage routes that minimise energy use and maximise deployment of electric vehicle alternatives has never been more important. “Playing a role in this important initiative sweeping the industry is a change that RPMGlobal is passionate about leading,” Mathews said.

Underground operations have been leading the charge in this space, driven by additional benefits from reduced ventilation requirements. This new technology also brings benefits such as regenerative braking and finding the best location for charging locations. Modelling processes, such as recharging and simulating how the operations will work is critical for the success of any operation considering electric vehicles.

In addition to RPMGlobal’s upgraded simulation technology, RPMGlobal’s Advisory team are working closely with its clients to navigate the changes in the market through studies in electrification, mine closure and fugitive emission assessments.

A major internal study completed for a tier one miner investigated the amount of trolley infrastructure required to achieve sustainable electric haulage using battery powered dump trucks and employing trolley assist systems. RPMGlobal’s robust analysis was able to prove the efficacy of the electric haulage system based upon a suite of proven technologies.

Highlighting the broader industry focus on sustainability, RPMGlobal has seen more clients requesting modelling of greenhouse gas emissions in mining trade off studies as part of identifying the preferred development profile. “With the industry’s push to adopt a green agenda alongside operating the mine as efficiently as possible, the focus is not only on keeping costs down, but increasingly lowering carbon dioxide emissions,” Mathews said.

“With advancements in technology and with RPMGlobal’s decades of industry experience, we are pleased to be helping the industry realise the true benefits of decarbonising the haulage process. The concept of having a robust and reliable electric haulage system on site is now a viable proposition for the future of the industry.” 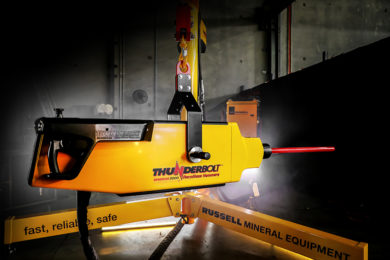