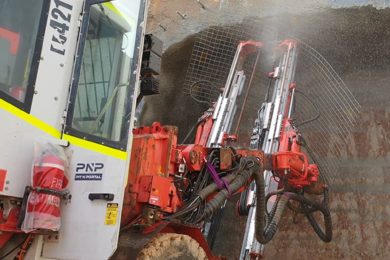 In addition to the complete overhaul, the unit was fitted with Production Optimiser, which improves drilling accuracy, speed and QA/QC – resulting in optimal drilling patterns and improved stope performance, Pit N Portal said. “The flow-on benefits to the mine include reduced average dilution, increased recovery (reduced bridging) and a faster stope cycle time.”

The Sandvik DL421 is an electro-hydraulic, longhole drill rig engineered for large-scale production drilling in underground mines. It is designed for vertical and inclined plane rings and fans, as well as parallel long production holes and long single holes with a diameter of 64-115 mm, and a depth of up to 54 m, Sandvik says.