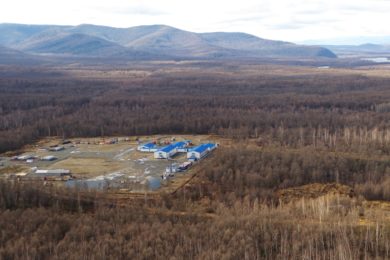 Speedcast, a communications and IT services provider, says it has received a contract from JSC Chukotka Mining and Geological Company, a Kinross Gold subsidiary, to expand the company’s very small aperture terminal (VSAT) network, supporting the development of the Udinsk Gold open-pit mine to two new license areas in Russia’s Far East.

The Kayenmyvaam and Kavralyanskaya areas are early-stage gold projects that previously depended on satellite phones for connectivity. According to Kinross, the Udinsk prefeasibility study is expected to be completed in the December quarter of 2021, and will focus on an initial three-stage crush heap leach process flow and potential early works related to infrastructure, with the goal of fast-tracking construction. First production at Udinsk is anticipated to occur in 2025.

Speedcast will provide a fully managed wide-area network (WAN) connectivity service for Kinross and has installed dedicated WAN connections over VSAT at each site to establish a corporate virtual private network.

The contract is the second extension received by Speedcast since its original start of service in 2020. Recently, Speedcast doubled bandwidth speeds available at the Udinsk mine.

“Kayenmyvaam and Kavralyanskaya sites required a compact Ku-band VSAT terminal, which needed to be flown in by helicopter due to their extremely remote locations,” James Trevelyan, Senior Vice President of Enterprise and Emerging Markets at Speedcast, said. “Providing this type of critical communications solution at the most challenging and remote sites is our business.”