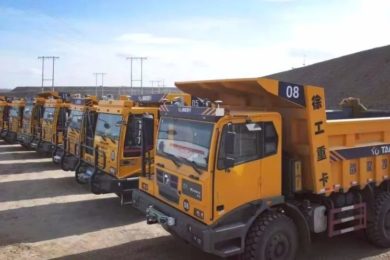 TAGE states: “Compared with unmanned driving on public roads, which may be restricted by laws, regulations, moral dilemmas and other issues, unmanned driving in mining areas can focus more on overcoming technical difficulties and is expected to be the first to realise the commercial implementation of autonomous driving. When the weather is sunny, dust is flying, and rain acts to form a kind of cement. In addition, road features are less obvious and the boundaries are often not clear. Unmanned mining trucks often cause emergency speed and stop restrictions due to misidentification of dust or water. The harsh environment of mining areas is a dual challenge to the performance of sensor hardware and the perception algorithm of autonomous driving.” 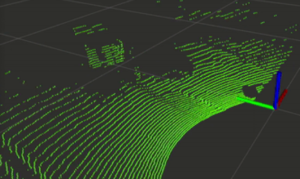 TAGE has joined forces with Ouster and based on the Ouster OS1 LiDAR, it has created an environment-aware algorithm tailored for mining operation which is designed for autonomous mining fleets. “The first thing to face is the problem of large dust clouds in the mining area. TAGE can combines a large number of mining area point cloud data accumulated over the years with the deep learning neural network Deep-Tage and has successfully developed a point cloud dust filtering algorithm, which can accurately filter out dust interference.”

For dust attached to the LiDAR surface during the operation of the vehicle, Ouster OS1 can minimise the impact of such obstructions on the output point cloud data by virtue of a larger optical aperture. “This is because, similar to a camera lens, a LiDAR with a small optical aperture has less flexibility on shielding objects, and opaque or refraction-affected shielding objects will attenuate the LiDAR signal, thereby reducing the detection range of the pixel. When the optical aperture is large, the signal strength will only be partially attenuated rather than completely blocked, so the impact on the point cloud is small.” 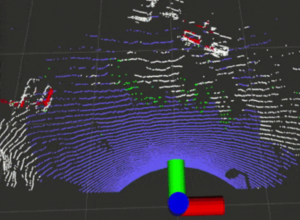 For standard LiDAR, wet conditions can cause problems related to humidity. But the 865 nm operating wavelength used by Ouster has low water absorption under any conditions, forming a natural advantage and ensuring that the LiDAR can still output a stable point cloud in the humid environment of the mine. There is often also water on the roads of mining areas. Due to the specular reflection, some of the point clouds obtained by standard LiDAR will be missing. As a result, the unmanned mining truck judges the water areas as non-driving areas, again causing unmanned mining trucks to often have speed limits and stoppages, which affects normal operation.

Range-segmentation, a road-driving area detection network developed by TAGE, converts three-dimensional point clouds into images with depth information, and then uses convolutional neural networks to extract spatial features and supplement point clouds to accumulate model training & optimisation of the big data samples to effectively solve the problem of misrecognition relating to standing water. “All Ouster LiDARS have reached the industry’s highest protection grade IP68 and IP69K. On the one hand, dust and water vapour cannot enter. On the other hand, they can withstand frequent washing and cleaning, and can adapt to the dusty operating environment in the mining area.”