Another six mining operations apply for ‘The Copper Mark’ 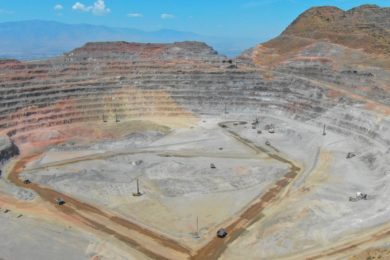 The Copper Mark, the assurance framework to promote responsible practices and demonstrate the copper industry’s contribution to the United Nations Sustainable Development Goals, has added six new participating sites to its pending list of mining operations to have achieved its Assurance Process.

These sites are now beginning the process of assessment based on the Copper Mark’s Assurance Process, The Copper Mark said, adding that the total number of participating sites is set to grow to 23 with these new additions.

To receive the Copper Mark, copper producers must be assessed independently against a comprehensive set of environmental, social and governance criteria on a site-by-site basis. The Copper Mark was originally founded and developed by the International Copper Association, in conjunction with various stakeholders including financial institutions, commodities exchanges, non-governmental organisations, original equipment manufacturers and copper fabricators. The Copper Mark now is an independent entity and builds on the advice of its multi-stakeholder advisory council.

The Copper Mark also added two new fabricator partners to its list of industry partners, with Nexans and Halcor both joining as partner organisations that use or rely on copper in their businesses and have made a public commitment to the Copper Mark’s vision and objectives of promoting responsible copper production.

Michèle Brülhart, Executive Director of the Copper Mark, said: “We are delighted to secure new partners in Nexans and Halcor, both of which recognise the vital importance of the sustainable production of copper, both for the local communities within which the copper industry operates and for the wider green transition.

“The addition of six new participating sites from our long-standing partner Freeport-McMoRan and our new participant Southern Peaks Mining will enable us to build further on the momentum and progress made by the Copper Mark last year in working to embed responsible production practices within the copper industry.”

Kathleen Quirk, President and Chief Financial Officer of Freeport-McMoRan, said: “We are proudly committed to the Copper Mark. Responsible production is central to Freeport’s strategy of being foremost in the global copper industry. The Copper Mark helps to demonstrate our responsible production practices to all of our stakeholders. Copper plays an essential role in the technologies necessary to develop and deliver clean energy. As one of the world’s largest copper producers, we understand we play a critical role in the global energy transition, and we are dedicated to supplying the global economy with responsibly produced copper.”

Adolfo Vera, President of Southern Peaks Mining, said: “We are very proud to be part of the Copper Mark, as it emphasises our commitment to modern mining, relying on innovation, striving for social and environmental responsibility, and focused on the sustainable development of the industry for the benefit of our country. We believe that the Copper Mark is the new standard for world-class mining and would be thrilled to see more Peruvian companies adopting this standard. At SPM, we work hard in following a path to becoming a mining company recognised by our high standards. A mining company that generates an excess of well-being while aiming to cause little to no negative impact to the world.”