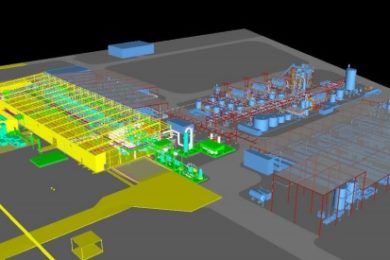 Syrah Resources has awarded Worley Group with a contract to provide detailed engineering and procurement services for the initial expansion of production capacity at its “Active Anode Material” (AAM) facility in Vidalia, USA.

Worley, working with the Syrah project team, will undertake the detailed engineering and procurement for the planned 10,000 t/y AAM facility. These services have commenced and are being delivered by Worley’s US Gulf Coast team based in Louisiana.

“Worley is well positioned to maintain continuity through the next phase of Vidalia’s expansion due to its significant knowledge of Vidalia’s processing technologies and key equipment packages and integration with the Syrah project team,” Syrah said.

The two have worked through the previous project phases for the planned expansion of production capacity at Vidalia, including the bankable feasibility study, front-end engineering and design and interim detailed engineering. Worley also carried out engineering, procurement and construction services for the integrated and commercial scale facility at Vidalia.

Syrah plans to award contracts for construction management of the AAM facility prior to making a final investment decision for the expanded plant. This is planned during the second half of 2021.

Syrah operates the Balama graphite mine in Mozambique along with the downstream AAM facility in the US.