NACCO’s Falkirk lignite mine in North Dakota gets reprieve; but its mining contract at Navajo coal mine in New Mexico to end 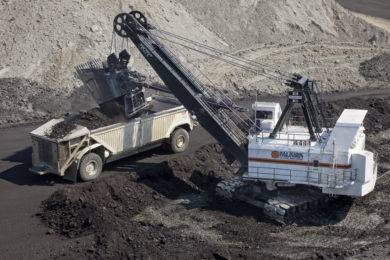 Interesting news from two of the largest US coal mining operations. NACCO Industries, Inc has announced that its wholly owned subsidiary, The Falkirk Mining Company, has entered into a new Coal Sales Agreement (CSA) with Rainbow Energy Center, LLC that becomes effective concurrent with Rainbow Energy’s acquisition of the Coal Creek Station power plant in Underwood, North Dakota, from Great River Energy (GRE). Falkirk operates the Falkirk Mine, which is adjacent to and the sole supplier of lignite coal to the Coal Creek Station power plant. Falkirk comes under NACCO company North American Coal.

The transaction between GRE and Rainbow Energy is subject to the satisfaction of certain conditions, including regulatory approvals associated with the sale of Coal Creek Station and the related transmission assets, and the posting of a performance bond related to final mine reclamation. If the conditions are satisfied, the transaction is expected to close before the end of 2021.

Upon completion of the sale of Coal Creek Station, the existing Coal Sales Agreement, the existing Mortgage and Security Agreement and the existing Option Agreement between GRE and Falkirk will be terminated. Falkirk and GRE will enter into a termination and release of claims agreement, under which GRE will pay Falkirk $14 million in cash, as well as transfer ownership of an office building located in Bismarck, and convey membership units in Midwest AgEnergy to another wholly owned and consolidated subsidiary of NACCO. NACCO currently owns a modest investment in Midwest AgEnergy, which operates two ethanol facilities in North Dakota.

Falkirk’s new CSA with Rainbow Energy will become effective and Falkirk will begin supplying all coal requirements of Coal Creek Station concurrent with Rainbow Energy’s acquisition of the power plant. Falkirk will be paid a management fee and Rainbow Energy will be responsible for funding all mine operating costs and directly or indirectly providing all of the capital required to operate the mine. Falkirk will perform final mine reclamation, which will be funded in its entirety by Rainbow Energy. The initial production period is expected to run ten years from the effective date of the CSA, but the CSA may be extended or terminated early under certain circumstances. If Rainbow Energy terminates the CSA and closes Coal Creek Station before 2027, Falkirk will be entitled to an additional payment from GRE under the terms of the termination and release of claims agreement. The additional payment amount ranges from $8 million if the closure occurs before 2024 to $2 million if the closure occurs in 2026. To support the transfer to new ownership, Falkirk has agreed to a reduction in the current per ton management fee from the effective date of the new CSA through May 31, 2024. After May 31, 2024, the per ton management fee increases to a higher base in line with current fee levels, and thereafter adjusts annually according to specific indices which track broad measures of US inflation.

Falkirk delivered a total of 7.2 Mt of lignite coal during 2020. Coal deliveries in the remainder of 2021 and in 2022 are anticipated to be approximately 7 Mt annualised based on initial forecasts. Annual delivery levels from 2023 forward depend on a number of factors, including Rainbow Energy’s ability to sell energy and capacity related to the power plant and Rainbow Energy’s successful implementation of carbon capture and storage at Coal Creek Station, all of which are out of Falkirk’s primary control.

Elsewhere, NACCO received notification on June 17, 2021 that the contract mining agreement between Bisti Fuels Company (a wholly owned subsidiary of NACCO, and also part of its North American Coal division) and the Navajo Transitional Energy Company (NTEC) will be terminated effective September 30, 2021. NTEC bought the mine from BHP in 2013 with BHP continuing to operate it till end 2016 when contractor Bisti took over.

Bisti Fuels currently supplies coal from the Navajo Mine to the Four Corners Power Plant through the agreement with NTEC. NTEC will assume control and responsibility for operation of the Navajo Mine upon termination of the contract mining agreement. All liabilities, including mine reclamation, are the responsibility of NTEC. As required under the agreement, it is anticipated NTEC will pay NACCO a termination fee of approximately $10 million.

Bisti assumed operation of the Navajo Mine on January 1, 2017, and between 2017 and 2020, Bisti contributed pre-tax earnings between $4.5 million and $5.8 million annually. Excluding the termination fee, the termination of the contract mining agreement does not materially impact NACCO’s outlook for 2021, but it will have a material unfavourable effect on NACCO’s long-term earnings.  The contract was scheduled to expire in 2031, with seasonal operations, and reduced coal production levels, beginning in the third quarter of 2023. 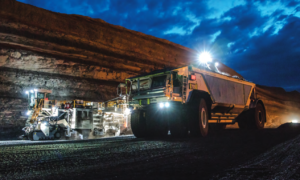 “While this is a disappointing outcome, we recognise that our customer, NTEC, has the capabilities to manage this operation, and has made a business decision to do so. We are proud of our employees, and the work they have accomplished during our oversight of the Navajo Mine. We empowered employees to greatly improve the safety culture, and act as strong stewards for environmental excellence,” said JC Butler, President and CEO of NACCO and The North American Coal Corporation.

Butler added: “As described in our 2020 annual report, we remain steadfastly focused on our two key strategies, Protect the Core and Grow and Diversify. We are working diligently to support our North American Coal customers, and we continue to execute on key initiatives developed over the last several years as part of our strategy to Grow and Diversify. We are purposefully and deliberately diversifying into other businesses that leverage our core skills, capabilities and reputation. We are building a strong portfolio of affiliated businesses for growth and diversification through North American Mining which is rapidly building a business focused on aggregates and non-coal mineral production, Catapult Mineral Partners which is driving growth in our Minerals Management segment, and Mitigation Resources of North America which is focused on providing environmental offset solutions.”