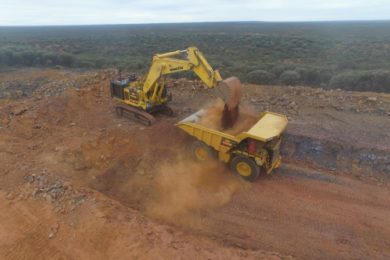 Fe Limited says it has executed a haulage contract with David Campbell Transport Pty Ltd under which the company will act as lead haulage contractor for the JWD iron ore project in Western Australia.

Under the contract, Campbell Transport will provide haulage of a minimum of 1,200 t/d, which comprises circa-60% of the intended initial JWD volumes, and will also provide road train loading services to the other haulage contractors performing the remainder of the haulage.

Campbell Transport is an experienced haulage contractor that has been established for more than 20 years with a long history of bulk commodity haulage with a focus on iron ore, Fe Ltd said.

Under the terms of the contract, the haulage rate is fixed for the first six months and then reverts to a floating rate (above a floor rate) that is based on FEL’s realised iron ore price. “This provides upside to the contractor in times of elevated pricing such as presently exists and also provides protection for FEL by reducing haulage costs if iron ore prices decline in the future,” the company said.

At the same time as the contract announcement, Fe Ltd reported that the crush and screen plant has mobilised to site, with assembly complete. Commissioning is underway, with first production of saleable product expected to be on the product pad over the course of this week.

Mining operations at JWD are now fully established with the load and haul of ore and waste progressing in accordance with the mine plan, the company reported. Run of mine ore stocks are available for commissioning and first production from the crush and screen plant.

FEL Executive Chairman, Tony Sage, said: “We are pleased to have secured the services of Campbell Transport as our lead haulage partner for JWD. It has been well documented that road trains are in short supply at present so to secure the services of an experienced contractor in this market speaks volumes for the Fe Ltd team and the potential of the JWD project.”

He added: “Port and offtake remain the key items for us to complete. These are well advanced, and we expect to update shareholders shortly.”

FEL classes the project as a low capex, direct shipping ore development, which will produce a high-grade (resource average circa-63.7% Fe), low impurity iron ore. A January 2021 presentation claimed the mining and transport of the first 300,000 t of iron ore is required by September under the iron rights agreement.