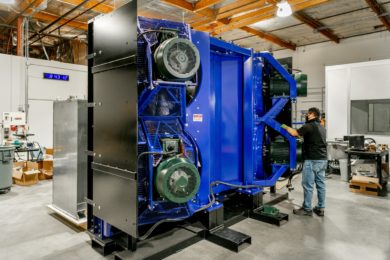 Was this First Mode’s first foray into a mining technology related project and where did you start?

CV: Actually it’s not our first involvement in mining but it does represent one of our first introductions in mobile platform utilisation in mining. We had been involved in other elements of mine operations such as mine efficiency & sustainability plus water management but this was the first to connect with the clean power and energy experience in our team. We started by studying the mining fleet diesel dependence problem, looking across the options, the state of the art and where things were headed, working with Anglo American to develop a strategy that made sense for their overall objectives of getting several of their minesites to net zero over the next decade. The key element of that problem was at the truck itself in the replacement of the diesel engine and getting both enough power and enough onboard energy storage to make a swap viable. There are other interesting parts of the problem such in relation to fleet management and fuelling that had to be worked through but we started with the vehicle. 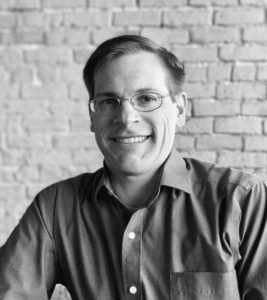 Did Anglo American approach First Mode or the other way round?

CV: We are a fairly young business, we have only been around for less than four years. Our engagement with Anglo American predates First Mode a little in terms of individuals but it was one of the first customers that we actively engaged in a business development sense in First Mode. We thought mining and metals was a place where we could make an impact and Anglo American had been doing some innovative work in other areas relevant to us so we saw a potential positive connection between the two companies. It began with some other projects but this truck issue was one of the studies that really took off and we have now been on this journey with them for over two years.

Do you agree it is important to emphasise that the mining truck is an FCEV ie hydrogen-battery hybrid rather than an all hydrogen truck?

CV: You are correct, I think some of the misrepresentation comes from the narrative in passenger vehicles of battery versus hydrogen. It is akin to the narrative in renewables of wind versus solar in the 2000s when the reality is taking it all on board to solve the clean power problem. The Anglo American mining truck is a hybrid vehicle that is using hydrogen as the primary power source but also using battery as part of its onboard energy storage strategy. The solution in a mobile mining application works as a result of the right balance between the two.

Did the scale of the base machine, the 291 t payload Komatsu 930E, create some unique challenges, such as the eight or more hour shifts it will be expected to work in normal mine operations?

CV: You hit the nail on the head – from an FCEV perspective it is not the low hanging fruit! It has many problems to address. First off the vehicle we are working with was designed specifically with the internal combustion engine at its heart, so there are a lot of linked auxiliary systems that also depend on that. So if you replace the engine you have to manage what we call the scar – all the associated ramifications of that big change. But at its core you are trying to solve both a 2MW+ power and multiple MWh energy storage problem onboard a platform that is operating in a relatively dirty, dynamic and often very hot mining environment. We are also stuck with a fixed volume or space to work with, plus a fixed configuration. You want to make the necessary changes without too much of a ripple effect on the rest of the system. When you extrapolate the problem to a fleet level, you are trying to keep fleet management from being perturbed in a way that is disruptive to mine operations. The onboard energy storage needs to be sufficient to avoid having a level of downtime for refuelling or recharging that makes the whole exercise logistically and economically prohibitive.

So when you started the initial design of the new power unit, did you look at a lot of different combinations of the relative amount of hydrogen-based energy over battery electric energy?

CV: The project is a balancing act in everything that you do. From the clean energy implementation standpoint, one minesite can differ from another. Diesel is a potent power source and is available everywhere, that’s why it is so hard for mining to give it up. Whatever you opt for as a diesel alternative you are constantly fighting a decrease in energy density – every electron matters, regardless of where it comes from. You have to think about your minesite and your truck on a higher level of detail that you probably ever had to before. So we look at the balance of hybridisation – is that balance appropriate for the application? It is entirely possible that a different balance will work better for a different mine. It’s not a one size fits all solution. 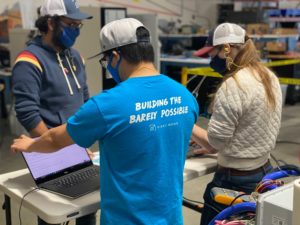 Has it been a collaboration with Anglo American but also other key participants like Williams, Ballard, Nel, NPROXX and Komatsu?

CV: We can’t really talk in any detail on this other than what has already been made public. What I can say is that First Mode has taken the role of system integrator and developer, working with Anglo American and others to get the solution designed, assembled, integrated and ultimately operating in South Africa at Mogalakwena platinum mine for the pilot and testing – plus beyond that as this evolves further. You mentioned Williams and Ballard who are key technology suppliers of the batteries and fuel cells respectively so we work closely with them. In terms of strategic relations with the mining truck OEM, that’s more a question for Anglo American.

You mentioned fleet management strategies – what refuelling and recharging strategies have you looked at and what will a normal shift look like for this truck?

CV: Again we can’t go into specific details here but I would say again that the approach will likely not be the same from one minesite to another. Each has different pressures and constraints. You are trying to find a clean power fleet balance that works for each site. Also, as we will mainly be doing this for existing mines not greenfield sites, there is the mixed fleet conundrum where you will have diesel units coexisting with FCEV units, plus potentially on top of that some of these becoming retrofitted with autonomy. These mines don’t turn over their 50 or 70 haul trucks all at once – units are retired periodically. So you are looking at this fundamental fuel change being implemented truck by truck over the course of a period of years. The miners want to get the best TCO out of their trucks and you are trying not to interrupt a 24-hour operation, so there is a lot of complexity in how these newly powered units will get introduced beyond the power change itself. So the refuelling/recharging strategy will evolve as the fleet evolves. And there’s the regional differences – the approach in South Africa will differ from that for the operations at 3,000-5,000 m altitude in the Andes in Chile and Peru.

First motion is planned for later this year for the first FCEV truck in Mogalakwena but Anglo American’s plans are much wider. How far beyond the first truck will your role extend? Plus do you have a team in South Africa helping take the project into the pilot and beyond?

CV: Since the start of the project we have been helping them on two fronts. First let’s get the first truck built and tested and show the industry and the world that this technology can work in mining in a real mine operation. But second we will learn as much as possible from the pilot machine testing later this year which will help us and Anglo American plan for the same technology deployment at scale. And we hope to remain a central partner with them as the program grows. 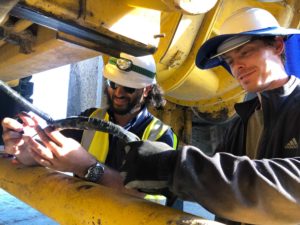 Is your work with Anglo on the FCEV truck exclusive to them or are you also open to working on other related opportunities in mining?

CV: I will just say there is a lot of interest in mining right now in the transition to a zero-emission platform, whether that be the FCEV route or something else. We regularly get queries about the project and its status and potential utilisation of a similar approach at other sites. The details of our business relationship with Anglo American I can’t discuss but it’s important to note that Anglo American as a company is doing this not only for its own FutureSmart Mining™ strategy but ultimately for the benefit of the whole mining industry – the whole point of demonstrating this all the way through to the commissioning of a pilot is to try to get the mining industry to start making the transition as a whole. I think the recent Charge on Innovation Challenge development shows that things are now accelerating in decarbonising mines, not only for FCEV but also other strategies from all battery electric, to trolley assist with battery and others. The industry is only going to get there by working together – equipment OEMs, mining houses, engineering houses and new technology entrants such as ourselves. And the route different mines choose to take will depend on many things – the infrastructure situation at each mine; the power generation architecture for each mine, relationships with local communities in relation to power – there are many factors to consider.

Taking Mogalakwena or any other major mine; beyond the primary haulage fleet you’ve got water trucks, graders, dozers, excavators, service vehicles, explosives charging trucks to name a few. Then you’ve got underground mines and those machines. Is the bigger picture in terms of fleets something you are also looking into?

CV: I would say this is looked at as a secondary problem right now with the haul trucks representing by far the largest share of a mine’s mobile fleet emissions. But of course, it is something that also needs addressing. While each vehicle in turn will throw up unique challenges, overall they will all be working off of the same minewide infrastructure for clean power, and will be subject to the same issue with regard to energy storage and 24/7 operations. Underground is another world, and arguably its emissions approach has already evolved to a greater extent than surface mining, with widespread use trials and use of battery electric machinery. This is partly due to more stringent diesel emissions regulations for underground and also the machines being smaller in size. But there are also many operational complexities that are unique to the underground environment that are just as challenging to solve. 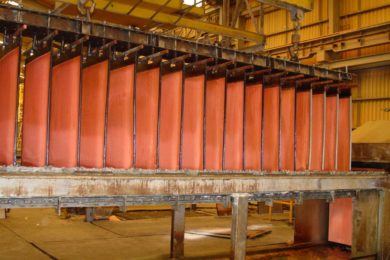 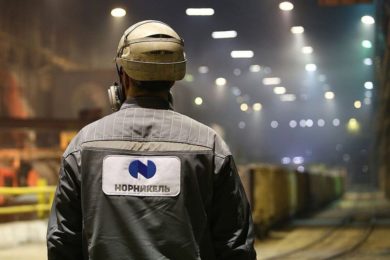