State of Play mine electrification report sheds light on benefits, hurdles and risks 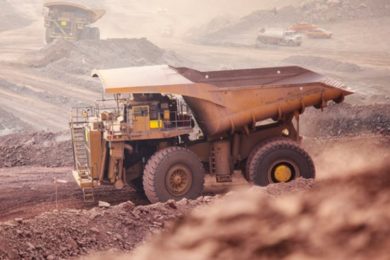 More than half of mining industry executives say they would electrify their mine sites for cost reasons, according to the latest State of Play report on electrification.

With the mining industry rapidly adopting new technologies to decarbonise their operations, the Australia-based State of Play platform has, again, sought to gather industry perspectives on the reasons companies are pursuing their shift away from fossil fuels.

The latest report follows the inaugural State of Play: Electrification report, released in 2020. This report, in part, led to the formation of the Electric Mine Consortium, a collaboration between mining and service companies aiming to accelerate progress towards the fully electrified zero CO2 and zero particulates mine.

The findings from the latest report – which took into account 450-plus individual surveys, five industry webinars and workshops and five interviews with “thought leaders” – have reinforced that mine electrification is a foundation enabler for the clean energy transformation of mine sites.

“The mining industry sees it as one of the most pressing transformation imperatives for the industry, facilitating precision automation and the digitisation of mine operations, whilst improving environmental and health outcomes,” it said.

At the same time, the report acknowledges that mine electrification technology is currently undergoing a “maturation process” with 49% of mining CEOs referenced in the report believing it will take existing mines on average five-to-10 years to electrify.

“Much of the technology for full electrification of mine sites is available today, however a significant knowledge gap exists across industry relating to the capability of electrified mines and the strategy for implementation,” it said.

Of the industry executives surveyed for the report, 57% expect the energy transition to be ‘the’ global trend that will have the biggest impact on the industry over the next 15 years.

Close to 90% (89%) expect mine sites will electrify within the next 20 years and 61% expect the “next generation” of mines will be all-electric.

In keeping with this, 83% expect renewable energy technologies will significantly change mining operations over the next 15 years; and 98% view mine automation as ‘the’ technology to benefit the most from electrification.

The responses related to benefits expected from this transition brought up some of the most interesting insights into the mine electrification evolution, indicating there are environmental, cost and reputation risk advantages associated with electrifying operations.

For instance, of the survey respondents, just over 90% (91%) expected the shift to an electrified system to create opportunities for new business models, while just over half (53%) say they would electrify their mine sites for cost reasons. The latter indicates that the cost of operating, establishing and maintaining new electrified equipment and infrastructure is now at a point where it could not only compete, but provide an economic advantage over fossil fuel-powered operations in the long term.

Close to four-fifths of respondents (79%) expect there to be a health-related industry class action in the next 15 years – indicating the reputational risk that could come with maintaining the operational status quo.

Some 71% view processing and 68% view extraction as having the greatest leverage in decarbonising the mining value chain, the report confirmed, while 46% expect innovation in carbon emissions and 42% expect innovation in diesel replacement will have the greatest environmental benefit in their business. Close to 90% (86%) expect transparency of the source of raw materials to become a significant driver of mining company value.

In key areas of the value chain, miners are faced with distinct choices of which technology to invest in (eg what type of battery storage technology, swap versus fast charging, etc). Of the survey respondents:

Of these stats above, the lack of consensus as to which energy source will power heavy mobile equipment is as enlightening as it is expected.

Battery-electric technology has matured to the point where one would expect it to dominate in the underground space, followed closely by fuel cell power, hybrids and some form of trolley, but it is a lot harder to predict the winner in the open-pit mining space, with major miners pursuing different developments related to hydrogen, batteries, trolley assist and alternative fuels.

“The mass adoption of electrification technology and storage systems to power mine sites has so far been slow,” the report stated. “It is clear that as an industry, this knowledge gap will need to be confronted largely through testing and piloting, which allows for the development of case studies for application, economic models and best practice guidelines.”

The report authors say the industry should focus on collaborating to overcome the barriers that are beyond the capacity of any one individual company to address, with such efforts requiring the mobilisation of policy makers, miners, service companies, investors and researchers in order to achieve the scale, capital and influence to drive success.