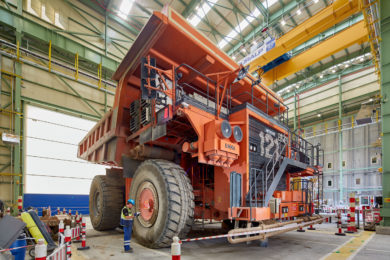 Sustainability goals apply across the whole mining sector, including the safety of mining operators as well as the environmental performance and efficiency of mining equipment and processes. In its 2020 Sustainability Report, Eldorado Gold covered both of these angles in reference to its Kisladag gold mine in Turkey which, along with the Efemcukuru mine, is operated by Turkish subsidiary Tuprag. Kisladag has recently rolled out both a fatigue management system for haul truck operators as well as trialled hybrid LNG-diesel technology on the machines.

Looking at operator wellbeing, Kisladag has integrated a driving safety system into the mine haul trucks which monitors truck operations and driver behaviour and warns the driver of possible fatigue or decreased concentration. This helps haul truck operations stay safe and alert and encourages them to take breaks when needed. Specifically, the company has deployed Caterpillar’s DSS fatigue system across all the mine haul trucks, which include 14 Cat 785C & 10 Hitachi EH4000 models with the system in use since April 2021.

Eldorado EVP & Chief Operating Officer Joe Dick told IM: “Like any new process, procedure or system, there was an adoption period. We focused on helping drivers understand the safety benefits in detecting possible fatigue and worked with them to answer their questions. The system sends alarms to our database as well as a warning sound to the operator. If an alarm is detected, the operator is contacted to evaluate his or her condition. If a second alarm is detected, then the operator heads to the health unit for a detailed check.”

Moving on to reducing Scope 1 emissions and using more efficient equipment, especially for its high tonnage waste stripping operations, Kisladag is also innovating through the conversion of two of its Cat 785C’s to a hybrid LNG and diesel system using Caterpillar’s Dynamic Gas Blending™ (DGB) kits. 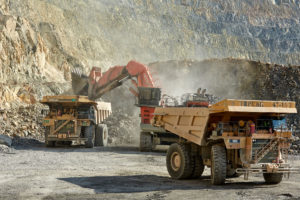 Caterpillar states that the use of LNG in mining trucks has been shown to reduce emissions by 30% or more. The two Kisladag trucks have achieved impressive results – they have reached an 85% peak substitution of LNG over diesel fuel. On average, the cycle displacement is 65% LNG over diesel. Kisladag is also able to save $30/h on operating costs. Additionally, over a six-month study period, DGB was able to save the trucks an average of 34% on operating costs based on fuel prices at the time.

Kisladag produced 226,475 oz of gold in 2020, making it the country’s largest gold mining operation. It is a low-grade, bulk-tonnage, open pit operation that uses heap leaching for gold recovery. The mine is located in Usak Province in western Turkey. In 2021 it is expected to mine and place on leach over 11 Mt of ore at an average grade of 0.69 g per tonne. Subsequent to the commissioning of a new HPGR circuit in the third quarter, recoveries are expected to improve substantially in the second half of 2021 with average recoveries at approximately 50% for the year. 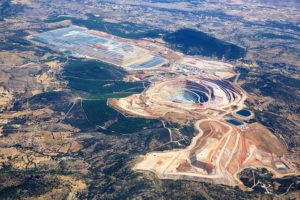