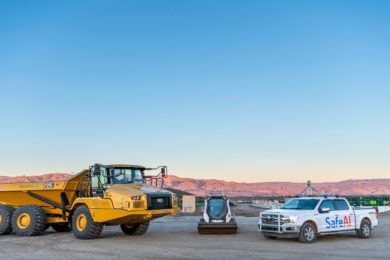 California-based SafeAI is evolving fast from a young start-up founded in Silicon Valley in 2017 to an increasingly well-known company putting down global roots in major mining markets and signing important partnership deals with relevant companies. These have included an agreement with OTR tyre major Goodyear to incorporate tyre intelligence into the programming of autonomous heavy equipment vehicles, and a partnership with Japanese construction group Obayashi to create autonomous construction sites, beginning with a pilot program in the US. 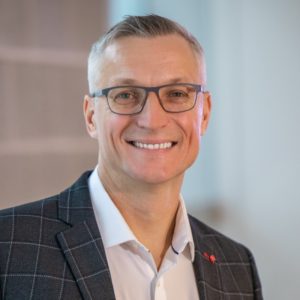 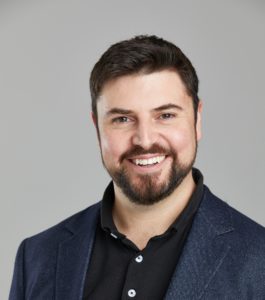 In January 2021, SafeAI announced a new office in Perth, Australia and welcomed three specialists in autonomous mining to that location, focused on leading its rapidly-growing mining division in that part of the world. Most recently in June 2021 SafeAI secured $21 million in funding led by transformative technology investor Builders VC. The new capital will be used to advance the company’s open and interoperable autonomous technology through accelerated deployment and support, and fuel global expansion to meet rising demand for autonomous heavy equipment.

Welford told IM: “We’re a VC funded company that is growing fast, and autonomous mining is our central focus. We are looking at haulage in mining and retrofitting our solution not just to the largest mining trucks, but also to smaller class trucks and other mining vehicles – this includes smaller trucks that might be used for other duties like stockpile work or earthmoving – in the case of Cat this might include the 773, 775 and 777 models plus others of a similar class from Komatsu, Hitachi etc. Then you have all the ADTs, water carts, off highway haulers with side-tipping trailers, and others which remain untouched by autonomy. So, we want to extend autonomous technology to all fleet beyond the primary overburden and ore fleets. This opens up autonomy to second tier miners, and contractors (who may use smaller class machines, or mixed fleets, as their primary fleets) as well as larger quarry operators – both of which have not been a focus for the autonomy majors.”

He points out that autonomous trucks currently operating, both “new” and retrofit, still add up to less than 1,000 units – and are dominated by Caterpillar and Komatsu. The vast majority of these units to date whether new or retrofit have also been in the 200 t plus, sub-300 t payload class and dominated by just a few models such as the 793F and 930E. So why hasn’t autonomy taken off in the sub-100 to 200 t class trucks that represent the majority in terms of operating numbers? 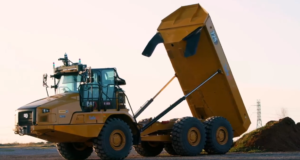 Prusinski adds: “Part of it is cost – and not just the cost of the vehicle or retrofit kit – it also relates to investment in the network, mine design, and additional infrastructure that is required to run the AHS reliably. We need to factor in the cost of autonomy relative to mine life, and the time taken to pay off that initial capital investment. Many smaller mines also have a shorter mine life, and contractors can only rely on having their fleets in place for a few years. Our strategy at SafeAI is to fill that market gap.”

Prusinski says SafeAI believes it can do it cost effectively for these new vehicles and new markets by taking some lessons from the automotive market, where huge autonomy 2.0 advances have been made. The idea is that in mining, you don’t necessarily need to tie in the autonomy with a huge network investment for smaller fleets – you can use much more on-board data processing. Technology, including sensors and compute platforms, are now far more advanced and allow for more capable autonomous solutions, with a lower cost of entry and overall lower total cost of ownership. “The mining and automotive autonomous journeys diverged in 2014 but there is a lot that can now be learnt from what has happened in automotive where the cost sensitivities are much greater. Our Founder and CEO Bibhrajit Halder was part of the initial Caterpillar autonomy program, before moving to Ford where he worked on self-driving cars, and Apple’s self-driving team, until he set up SafeAI in Silicon Valley.” Other SafeAI staff have similar relevant experience, so it is understandable that the team is confident it can bring back some of these insights into the mining world.

So who is the SafeAI target customer in mining and what has been done so far? Welford states: “We have only been going for three years, but we are already moving from proof-of-concept stage to the first onsite deployments of our task-specific autonomy platform at active mine sites. We have automated an ADT— the Caterpillar 725 working with Japanese construction company and SafeAI partner Obayashi – as well as a Bobcat skid steer and several light vehicles.” 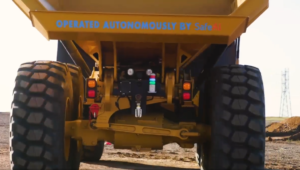 Proof-of-concept trials have taken place at SafeAI’s own test site in Silicon Valley, a closed copper mine and a US quarry site. In Australia, its first proof-of-concept will begin in 2021. Welford says: “Australia represents a huge market opportunity for us – not just in the mid-tier owner-operators, but also from the perspective of the mining contractors. These customers are calling for a more flexible autonomous solution than is currently available, not only for the system itself, but also the application model.”

Crucially, to be able to operate in such a diverse market of large and small miners, across a range of equipment types and sizes, SafeAI’s system – both hardware and software – is designed to be interoperable with other OEM systems, both onboard and in terms of FMS. Its Application Programming Interfaces (APIs) are fully open and transparent. This makes for a highly flexible solution based on what the customer has in terms of machine types and models, but also whether it is running Wenco, Hexagon, Zyfra, Modular or some other FMS – being FMS agnostic remains a significant challenge for autonomy today, but it can be done. For smaller operators, SafeAI’s AI-based software can also be utilised to supply FMS functions such as machine coordination and truck dispatch assignment. Prusinski adds: “We are also an open system. Customers have full access to system generated data. Increasingly mining companies are data driven so providing this important data to help their business can only help the industry.”

The power of onboard processing and AI

The latest explosion in on-board processing capabilities, powered by GPU and TPU from companies like NVIDIA and Google, unlocked huge potential for autonomous use cases. SafeAI utilises this advanced on-board processing power to enable Its core IP, which is the on-board autonomous software, to address multiple use cases that are critical to accelerate autonomy in mining.

Welford told IM: “One example is that in the incumbent systems, false positive obstacle detections are a known problem to efficient autonomous operations. Like SafeAI, these systems use truck mounted sensors as part of their safety critical systems, and when these sensors detect an obstacle, such as an unexpected light-vehicle in front, the truck will stop. However, when the vehicle stops, it has no way to classify the obstacle detected, so it waits to be cleared, in the field, often by a human operator who manually inspects the vehicle and determines the obstacle type and status. The trouble is compounded by the number of other objects that the sensors detect as well; these might be small clouds of dust, rocks, birds, or a number of other objects which don’t pose a risk to the vehicle.” 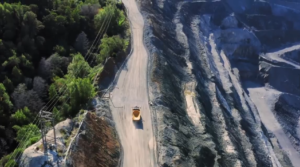 Prusinski adds “The current systems in mining are in place and working but that does not mean things have to stand still; with AI they could be even more productive. SafeAI’s technology means the truck is able, in some circumstances, to take action when needed. Autonomy 2.0 incorporates artificial intelligence, enabling it to detect, classify and track obstacles in unstructured environments, coupled with data fusion and advanced predictive algorithms which allow the system to detect and avoid obstacles in a safe and productive manner. Moreover, the method of in-pit obstacle clearance entails more people in the autonomous zone, something which is best avoided.”

There are some application caveats. The focus for SafeAI remains on variations of haulage ie, taking material from A to B, as once you get into some other equipment types it gets very complex. Taking wheel loaders as an example – they do a lot of fine-tuned work in a variety of use cases – with wheel loaders around stockpiles for example. You need 100% utilisation in one or two of those cases to make it worthwhile automating. Utilisation rates also affect whether haulage units are worth automating. Welford comments: “We work with smaller miners and contractors to understand how much of their fleet they need to automate and the level of equipment utilisation required to make it a worthwhile return on investment. This might make the jump to autonomy harder for some operations, for example those operating over 12 hours out of 24.”

So where to from here for SafeAI? Welford concludes: “We are based in the US are hiring aggressively to build up our Perth office, and have a presence in Canada; so North America and Australia remain the key markets for our mining focus for now. Of course, there is also a big construction and mining market in Asia, and given SafeAI’s strategic investor Obayashi that is also on our radar. But we are not restricted to these regions – our aim is to get as many initial sites on the board as we can, with a variety of use cases, operator types, mine types and vehicle types. That way we can showcase the true power but also the flexibility of our system versus what is currently commercially available.”