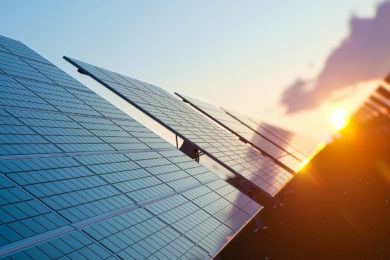 NRW Holdings has secured two new contracts from Rio Tinto, one of which will see it enter the renewable energy fold with an agreement to deliver a 34 MW solar photovoltaic system at the Gudai Darri mine in the Pilbara region of Western Australia.

This contract is part of Rio Tinto’s commitment to reduce the carbon footprint of its operations with a stated target to reach net zero emissions by 2050, NRW said, adding that the contract value is approximately A$60 million ($44 million).

The scope of work for the solar farm includes design, procurement, construction, testing and commissioning of all equipment including a 33 kV substation to be integrated into the overall Rio Tinto Iron Ore infrastructure, including remote control and monitoring via the Rio Tinto Iron Ore Remote Operation Centre.

The solar farm will be connected to the Rio Tinto grid at the Gudai Darri Central Substation via a 6-km long overhead powerline and fibre-optic link, which is not included in the NRW scope.

Design and procurement will commence immediately followed by commencement of construction in August 2021. Construction and commissioning are scheduled for completion in early 2022, it said.

Jules Pemberton, NRW’s Chief Executive Officer and Managing Director, said: “Securing this work recognises the broader delivery capability of the business and NRW’s long-standing experience of delivering projects for Rio Tinto in the Pilbara. Renewable energy represents an increasing opportunity for the group in particular captive projects like this where the energy output is integrated to the client’s network.”

Alongside this announcement, NRW said it had been awarded the Stage 3 Expansion Works at the Nammuldi Waste Fines Storage (WFSF) facility. The works to be undertaken for this project are the Stage 3 expansion to the existing WFSF for Hamersley Iron Pty Ltd, a Rio subsidiary that manages the joint venture Nammuldi operation (53% owned by Rio, 33% owned by Mitsui Iron Ore Development, 10.5% owned by Nippon Steel Australia and 3.5% owned by Sumitomo Metal Australia), at the Nammuldi Below Water Table (NBWT) project.

The site is around 60 km northwest of Tom Price, with the WFSF Stage 3 expansion consisting of raising the existing earth fill embankment by a further 6 m using the downstream method with associated earthworks along with mechanical upgrades to water management structures, waste fines deposition lines and pond decant infrastructure.

The expansion works to be undertaken will achieve the ultimate limit currently permitted for the WFSF, NRW said.

Construction works will start in mid-August 2021 with all works complete in June 2022. A work force of about 75 personnel will be engaged on the project which has a contract value of circa-A$26.5 million.