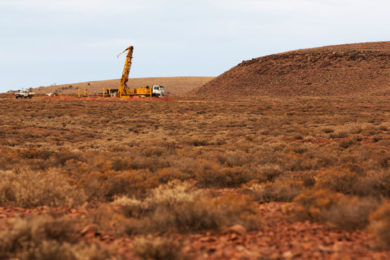 The system has the potential to reduce emissions of greenhouse gases and particulates, as well as improve fuel consumption, according to the company.

The news came out with the release of the company’s June quarter results, which saw a 22% quarter-on-quarter uplift in copper production following a strong performance from the company’s South Australian operations (Prominent Hill and Carrapateena).

In addition to the trial of hydrogen-powered surface drill rigs, OZ Minerals said the mining tri-alliance it has in place with Byrnecut and Sandvik – designed to identify and introduce smart and innovative ideas – had progressed during the quarter, with in-roads made on several associated projects.

Significant work was undertaken towards trialling the use of tele-remote loading of trucks, which has now been implemented in a key stope in July, it said.

OZ Minerals previously said it was working with Byrnecut and Sandvik to roll out Sandvik’s AutoMine® platform at its Prominent Hill copper-gold mine in South Australia. This followed a project between the two to implement an automation upgrade for a Sandvik DD422i development drill at the operation.