Mader Group hits another quarterly record as it keeps expanding 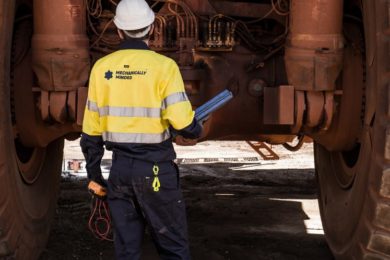 The company said its preparations for operational delivery into Canada were now complete with customer negotiations well advanced.

Reflecting on Mader Group’s quarterly performance, Executive Director & Chief Executive Officer, Justin Nuich, said: “On the back of two consecutive quarters of record revenue growth, we close our books for the financial year with A$304 million in revenue and with a strong earnings result to follow. This is very pleasing and reflects the strength of our labour-focused business model.

“Our operations are more flexible and adaptable than ever, housing a dynamic in-house workforce of more than 1,600 skilled tradespersons deployed across nearly 400 sites globally. In all locations, we have prioritised the needs of our customers and our people, safely delivering over 3.4 million hours of specialised equipment maintenance for financial year 2021.”

During the period, the company continued to develop its internal safety systems to ensure the health and wellbeing of a largely remote workforce. Mader prioritised the continued roll out of a bespoke in-vehicle monitoring system for its service fleet, seeing considerable improvement in driver behaviour over the quarter, it said.

The platform, which is already widely accessible to Mader employees within Australia, is designed to connect Mader employees to its digitally integrated safety processes, resources and company alerts.

“Mader also worked with a local OEM to conduct off-site rebuilds for plant conveyors and mills. Revenue generated from the business’s ancillary maintenance services increased 21% vs PCP and by 12% vs PCP for its infrastructure maintenance services.”

Mader said its core service areas also gained traction during the quarter leading to the expansion of its in-field maintenance operations for heavy mobile equipment, driven by high customer demand across Australia. In Western Australia, this included growth in its Rapid Response team and “specialised equipment maintenance offerings”.

The company added: “Our disruptive business model continues to roll out into a large addressable market that has an appetite for significant additional capacity. All of our core business divisions continue to grow and our strategy of building new divisions that address new geographic locations or that provide additional trades and services is driving further growth.

“We are seeing structural advances in the Australian market as large owner-miners continue to develop multibillion-dollar resource projects, ultimately increasing the size of the maintainable mining fleet.”