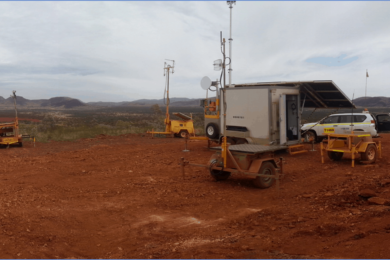 The initial phase of work commenced late in the June quarter, with expected completion in November.

The contract awards will see Aqura upgrade and extend the technology and communications infrastructure at a range of accommodation sites surrounding the township of Newman in the Pilbara region of Western Australia.

The scope of work involves the design, procurement and construction of new point-to-point microwave, DOCSIS and fibre-optic infrastructure to enable upgrades of in-room Wi-Fi for a number of BHP WAIO accommodation sites, Veris said.

These awards extend Aqura’s history of supporting BHP WAIO in upgrading its regional technology infrastructure to offer connectivity between its operational and support sites.

In addition to the new engagement, Aqura has secured an extension of the BHP Master Services Agreement for a further 12-month period.

Aqura Technologies CEO, Travis Young, said: “The upgrades will provide a solid foundation for current and future users to access reliable and high-quality communications whilst working for extended periods in very remote areas. These technologies are increasingly recognised by mine operators as critical to the health and wellbeing of the workforces that service these operations.”