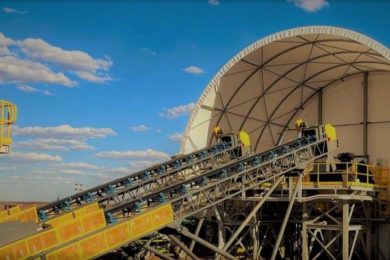 The sorters will be used to upgrade the high-quality manganese concentrate for export markets, STEINERT says.

The Butcherbird operation has a proven and probable manganese ore reserves of 50.55 Mt at an average grade of 10.3% Mn for 5.22 Mt of contained manganese.

Element 25 plans to use the STEINERT KSS sensor-based sorters to upgrade the washed feed material to an average grade of >32% Mn, STEINERT says.

The miner has already shipped its first consignment of ore and the second is scheduled to be loaded at Port Hedland, in Western Australia, in late August. Current annual production is estimated at 365,000 t of manganese ore concentrate with a 40-year mine life for Stage 1 of the operation.