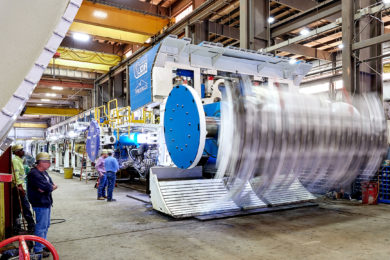 At Fresnillo, a silver mine in Mexico, Robbins and the mine operator are making good headway on accessing a deep underground orebody using a rectangular tunnel boring machine.

Known as the MDM5000 (standing for Mine Development Machine), the TBM has dimensions of 5 m x 4.5 m and is capable of excavating a flat tunnel invert for immediate use by rubber-tyred vehicles, Robbins says.

The successful operation is the result of extensive discussions between tunnel boring machine (TBM) and mining equipment manufacturer, Robbins, who designed and supplied the machine, with TOPO Machinery and Fresnillo plc.

Fidel Morin, Projects Superintendent for Fresnillo Mine, said: “We decided to work with Robbins for their experience. A lot of people have tried to provide these kinds of machines, but nobody has done it. Robbins used their experience and their skills to provide us with a rectangular profile machine.”

With more than 1,700 m of advance thus far at rates up to 52 m in one week and 191 m in one month, the MDM is significantly faster than drill and blast excavation, Robbins claims. The MDM is excavating in andesites and shales with quartz intrusions that have defeated earlier attempts to excavate these tunnels with heavy roadheaders, according to the company.

“We’re making history,” Morin said. “Fresnillo is always looking for new technology, and we believe that the usage of the MDM5000 is going to be something extremely successful, not only for our company but also for the mining industry.”

While the MDM5000 has proven itself in underground mining, Robbins sees it as just one component of a new approach. A multi-faceted solution for underground mine development would see the use of Robbins shaft boring machines for ventilation and mine access, as well as TBMs and conveyors to directly mine the orebody and transport material. The unique TBMs would be lighter, more mobile and able to bore inclines, according to the company.

“It’s all about reaching first ore quicker, and then economically mining the orebody while reducing tailings,” Robbins President, Lok Home, said of the strategy. “Mechanised tunnelling machines have the potential to revolutionise the underground mining industry.”

Robbins’ new solutions for underground mining are the latest in a legacy of innovations the company has developed over the years.

“Introduced equipment ranges from raise drills to non-circular mobile miners to continuous conveyors and customised TBMs at projects including the Grosvenor Mine in Australia, the Stillwater Mine in Montana, USA, and others,” the company said.

As for the MDM5000, the machine has undergone major component enhancements during the course of its successful bore at Fresnillo mine. It was first transported to the -695 m level of the mine and underwent final assembly and launch in a cavern, where sections of the MDM were moved by crawlers and pieces were lifted by hoist. The machine is now boring a 270° spiral to end above the original tunnel. It will then be backed up to the original tunnel and continue driving straight ahead.

Fresnillo previously said it was using the Robbins TBM to develop the new San Alberto orebody at the underground mine, with plans to carry out 11 km of development in total for that project.

Developed for use in underground mining in rock up to 200 MPa UCS, the MDM5000 is particularly useful for long access tunnels and development drifts, Robbins says. Using disc cutter technology proven on traditional, circular TBMs, the MDM5000 excavates with a reciprocating cutterhead and swinging cutterhead motion to create a rectangular cross section tunnel. 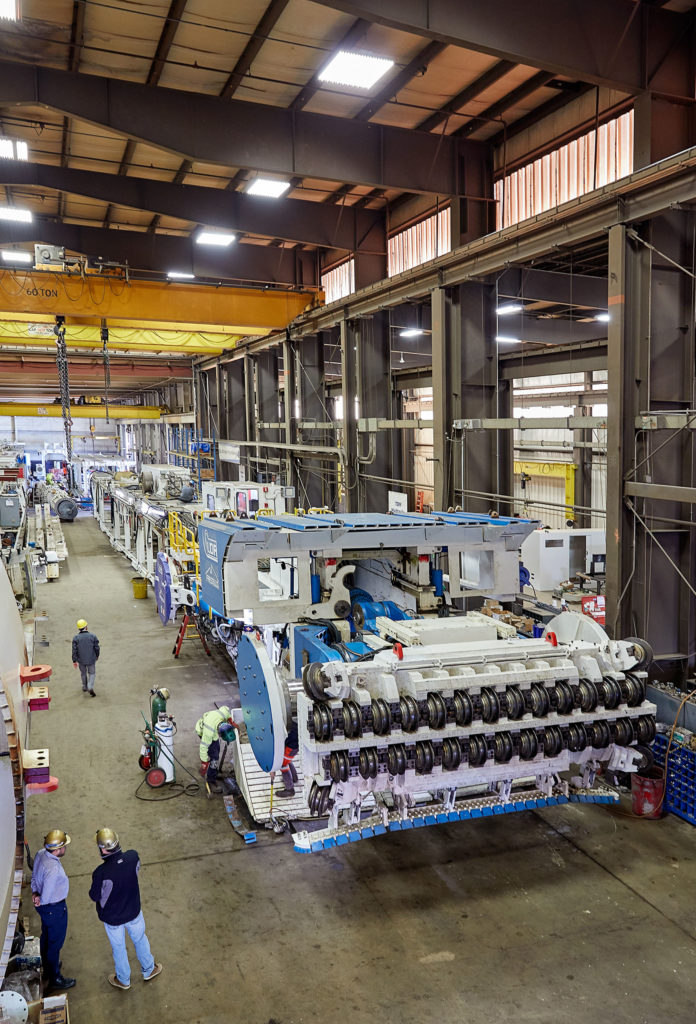