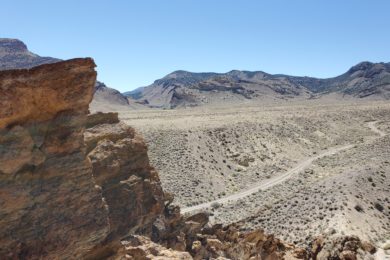 ioneer Ltd has awarded DuPont Clean Technologies a contract for the licence, engineering and supply of proprietary equipment for the planned sulphuric acid plant at the company’s Rhyolite Ridge lithium-boron project in Nevada, USA.

Specialty technology provider DuPont will work with engineering partner SNC-Lavalin on the plant design, providing best-in-class MECS® sulphuric acid production technology for a plant with a 3,500 t/d capacity, and controls that limit emissions to among the lowest in the world for this type of facility, ioneer says.

The DuPont contract is conditional on a final investment decision on the project by the ioneer Board of Directors, which is expected shortly.

The heat released in the process will be recovered to produce steam for electricity. The plant will generate an initial 35 MW of electricity, which is sufficient to power the entire Rhyolite Ridge operation and means ioneer will not draw electricity from the grid, the company says.

The heat generated will also be used for evaporation and crystallisation processes required to produce lithium carbonate and boric acid.

Once operational, Rhyolite Ridge is expected to produce 20,600 t/y of lithium carbonate, converting in year four to 22,000 t/y of battery-grade lithium hydroxide, and 174,400 t/y of boric acid. Pending final federal US Department of the Interior approval of the Plan of Operation, the project is expected to begin production in the second half of 2024.

Commenting on the contract, ioneer Managing Director, Bernard Rowe, said: “Development of the Rhyolite Ridge lithium-boron project is a critical strategic step to enable US production of lithium-ion batteries for electric vehicles and renewable energy storage. ioneer’s core commitment is to produce essential materials in an environmentally and socially responsible and sustainable manner through lowered emissions, reduced water usage and a minimal surface footprint. We are delighted to welcome MECS-DuPont to our team. It is a world-leader in clean technology and emissions control and will work alongside ioneer to deliver this tier-1 project in the US.”

Global business leader of DuPont Clean Technologies, Eli Ben-Shoshan, said: “We have worked in close partnership with ioneer and SNC-Lavalin to be able to guarantee the precise performance and emissions control ioneer needs for its Rhyolite Ridge project to meet stringent environmental standards and production objectives. We are excited to be part of a project that helps ioneer cleanly produce lithium essential to advancement of electric energy markets and to be able to support it with our many decades of expertise in sulphuric acid plant technology.”