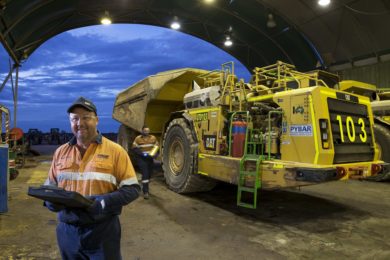 Mastermyne has accelerated its hard-rock mining strategy with an agreement to acquire PYBAR Mining Services in a cash and share deal that comes with an expected equity purchase price of A$47 million ($35 million).

The deal is expected to create a leading Australia-based diversified mining services business with material scale, it said, adding that the combined group will have a A$1.7 billion-plus order book and an active tender pipeline of A$2.7 billion-plus after completion.

To reflect the changing make up of revenues, Mastermyne is proposing to change its name to Metarock Group Ltd.

Mastermyne MD and CEO, Tony Caruso, said: “The PYBAR acquisition is highly complementary to Mastermyne’s existing underground business and expands the combined group’s addressable markets to support ongoing growth, in addition to increasing the earnings resilience of the group by diversifying our commodity exposure.”

PYBAR Mining Services was established in 1993 and has gone on to become one of Australia’s largest underground mining contractors, serving the likes of Glencore (Black Rock mine), Diversified Minerals (Dargues gold mine), Gold Fields (Hamlet North mine), Evolution Mining (Cowal gold mine), OZ Minerals (Carrapateena) and more.

It has a large fleet of equipment, which includes Sandvik DD421 and DD421i series drills, a fleet of Cat R1300, R1700, R2900 and Sandvik LH621i LHDs, Cat AD45V-AD60 sized trucks and several Sandvik TH663s haul trucks. It provides services such as mine development, raiseboring, mine production, shotcreting, cable bolting and production drilling.

Mastermyne says PYBAR will continue to operate as an independent business unit within the group with the existing management team should the deal go through.

Subject to Mastermyne shareholder approval and the satisfaction or waiver of other conditions associated with the transaction, Mastermyne anticipates the deal completing by the end of the year.