Redpath on board with Red 5’s Darlot, King of the Hills plan 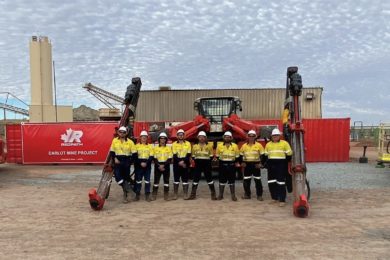 Red 5 Ltd has awarded a mine development contract for its Darlot gold mine in Western Australia to Redpath Australia.

The contract, which has been awarded following the completion of a competitive tender process, is for 12 months with an option to extend at six-monthly intervals. The initial contract value is A$13 million ($9 million) and will be funded by cash flow from the Darlot operations.

The Redpath mining team and equipment have mobilised at site and underground mine development commenced on October 1, 2021.

Consistent with the revised Darlot mine plan and King of the Hills processing hub strategy announced on August 2, 2021 – which will see Darlot ore processed at the King of the Hills processing plant – Redpath will be undertaking 3 km of rapid underground mine development at Darlot, separate from the mining activities being conducted by Red 5’s existing mining teams. This will provide access to new mine areas in Burswood, Pedersen, Middle Waters South and Thompson that underpin Darlot’s current mine plan to June 2023, Red 5 says.

The option to extend the mine development contract would open further additional mining areas within Darlot’s 1.2 Moz underground mineral resource, the company says.

The recently announced transition strategy for Darlot will see it become an underground satellite mine to the King of the Hills Processing Hub, with the new processing plant expected to produce first gold in the June Quarter 2022. It will also see the processing capacity rise from the previously envisaged 4 Mt/y (for solely King of the Hills ore) to 4.7 Mt/y.

The investment in mine development at Darlot is a key aspect of the transition strategy at Darlot, reducing dependence on remnant mining and opening up new mine areas, the company says.

“The lower cost base of the King of the Hills processing hub has the potential to extend the Darlot underground mine life for several years,” it added.