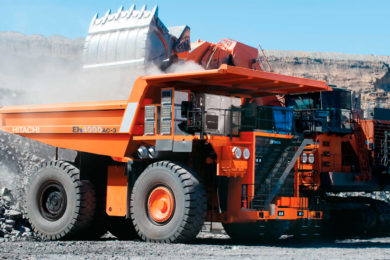 The multi-year commercial partnership will give some of the largest mines and mining operators global access to high-performance LiDAR systems capable of withstanding the world’s most hazardous mining environments, according to Baraja.

Spectrum-Scan, Baraja says, is built for the automotive industry and mining machines and vehicles at scale and will continue to evolve to implement its technology into many different types of vehicles to meet the world’s ever-changing needs.

“Baraja’s Spectrum-Scan LiDAR technology is built to enable true autonomy in mining, optimised for heavy industrial settings, and delivers high-resolution point clouds tested in a ruggedised system capable of withstanding hazardous environments,” the company says. “Baraja’s Spectrum-Scan technology has been tested in mine sites around the world, and proven outperformance in dust and fog, designed for high thermal tolerance (-40°C to +85°C) and built to endure shock and vibration in the harshest of environments on the planet.”

Federico Collarte, CEO and Founder of Baraja, says: “With this high-volume commercial deal, Hitachi Construction Machinery confirms Baraja’s maturity in long-range LiDAR by moving our technology to the real world at scale. This is a significant indicator that Baraja’s long-range LiDAR technology trumps the competition given the ruggedisation and reliability of the technology in mining environments. As a continuation of our existing relationship with Hitachi Construction Machinery, this will include the funding and testing partnership. The data and durability testing under this partnership will enable a step-change in LiDAR performance and durability in all sectors including autonomous vehicles.”

Hideshi Fukumoto, Vice President, Executive Officer and CTO, Hitachi Construction Machinery, added: “Following our strategic investment in Baraja earlier this year, this commercial deal demonstrates our continued confidence in Spectrum-Scan LiDAR as a high-performance system. After comprehensive testing with Baraja, we have been able to work closely with Baraja to accelerate the development of Spectrum-Scan LiDAR products with mine site specifications and the commercialisation of advanced autonomous driving and mining.”