BHP closes in on renewable energy supply for Olympic Dam mine 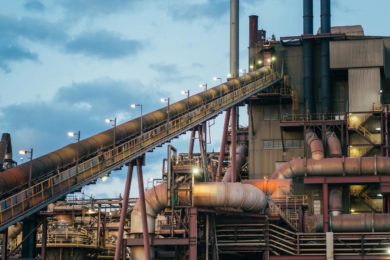 BHP says it expects to shortly enter into renewable energy supply arrangements to enable the Olympic Dam mine in South Australia to reduce its emission position to zero for 50% of its electricity consumption by 2025, based on current forecast demand.

The arrangements will be supplied by Iberdrola, including from the Port Augusta Renewable Energy Park in South Australia, which is expected to be Australia’s largest solar-wind hybrid plant once in operation in July 2022.

BHP is to become the primary customer of this new renewable facility, with the renewable energy supply arrangements referred to including a retail agreement with Origin Energy, who will facilitate the arrangements.

This announcement follows BHP’s entry into renewable energy agreements for BHP’s operations in Western Australia in 2021, Queensland in 2020 and in Chile in 2019.

“Olympic Dam’s copper has an important role to play to support global decarbonisation and the energy transition as an essential product in electric vehicles and renewable infrastructure. Reducing emissions from our operations will further enhance our position as a sustainable copper producer.”

Iberdrola Australia Chief Executive Officer and Managing Director, Ross Rolfe, said: “We are delighted to be partnering with BHP, helping them meet their decarbonisation and sustainability objectives. We worked very closely with BHP to design these bespoke renewable energy supply arrangements. Olympic Dam is to be the primary customer for the Port Augusta Renewable Energy Park, a demonstration of their commitment to local procurement and sustainable economic development.”

The arrangements, intended to commence on July 1, 2022, are one of the actions BHP is taking to contribute to its medium-term target to reduce operational greenhouse gas emissions (Scope 1 and 2) from its operated assets by at least 30% from financial year 2020 levels by financial year 2030.