Epiroc to provide IAMGOLD’s Côté mine with autonomous blasthole drills 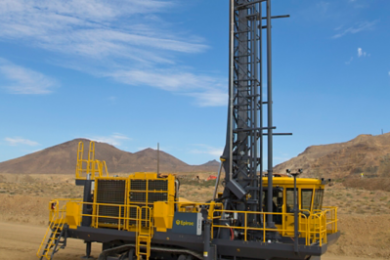 Epiroc says it has won a large order for surface mining equipment from IAMGOLD Corp in Canada that will optimise safety and productivity through advanced automation at its greenfield Côté Gold operation in Ontario.

The order includes several Pit Viper 231 and SmartROC D65 drill rigs for the open-pit gold development, which is currently under construction and expected to start production in the second half of 2023. The Pit Vipers will be fully autonomous, while the SmartROC D65 rigs are prepared for remote operation.

The order is valued at approximately SEK130 million ($15.1 million) and was booked in the September quarter of 2021.

“IAMGOLD, a returning Epiroc customer, is taking safety, sustainability and productivity extremely seriously,” Epiroc’s President and CEO, Helena Hedblom, said. “As IAMGOLD is preparing a new exciting mine project, we are proud to contribute to their success with our advanced machines and solutions for autonomous operation.”

IAMGOLD has previously employed different levels of autonomous drilling at its other operations using Epiroc Pit Vipers. It launched the first automated drill rig in West Africa with assistance from Epiroc back in February 2020 at its 90%-owned Essakane mine in Burkina Faso. This followed a series of automation steps carried out on the company’s fleet of Epiroc PV235 blasthole drills, beginning with the ‘Operator Assist’ phase back in 2016.

The Pit Viper 231 and SmartROC D65 surface drill rigs are built to face the toughest conditions while optimising productivity, safety and fuel efficiency, according to Epiroc. Advanced features include Epiroc’s telematics system, Certiq, which allows for automated and intelligent monitoring of productivity and machine performance.