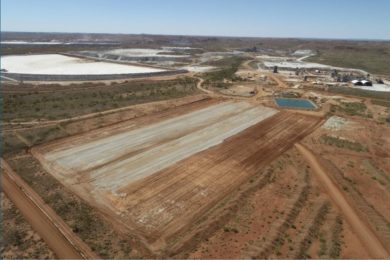 The solar array is, the company says, an important demonstration of its commitment to implementing environmentally friendly power solutions, as a part of its pledge to transition to net-zero emissions (scope 1 and 2) in the decade commencing 2040.

Pilbara Minerals said it looks forward to continuing its working relationship with Contract Power and the broader Pacific Energy Group, which began in 2018 when the first baseload power station was installed at Pilgangoora. The PPA involves a 15-year contract to construct, operate and maintain a 6 MW solar array, which is estimated to displace 3.8 million litres/y of diesel fuel, saving an estimated 9,900 t of CO2/y over the contract period.

“A key factor in awarding this exciting new renewable energy project to Contract Power was their established track record and ability to design and safely deliver turnkey energy projects,” the company added.

It is anticipated that procurement for the project will commence imminently with commissioning expected in late July 2022, and commercial operation from the end of August 2022. The design facilitates the future expansion of solar capacity and potential inclusion of battery storage at Pilgangoora, as Pilbara Minerals creates further efficiencies around its power supply and storage solutions at Pilgangoora, it said.

The installation of the first phase of the solar farm is just one part of the initial rationalisation of power assets at Pilgangoora, as the company further integrates the Ngungaju Operation. A local power network will be created to join the Ngungaju and Pilgan Plants, and the Carlindi camp facilities thereby creating further efficiencies, Pilbara Minerals explained.

Pilbara Minerals’ longer-term objectives include integration with other northern Pilbara power and/or gas and renewables sources with a view to creating further efficiency gains on the path to net-zero carbon.