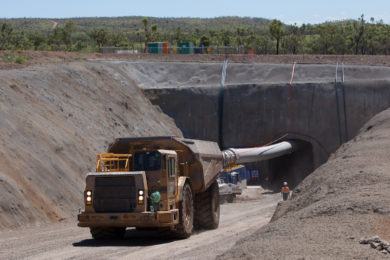 Stage one of APA Group’s plan to build an 88 MW solar farm in Mount Isa, Queensland, Australia, has got underway with a Final Investment Decision to construct 44 MW of capacity to serve MMG’s Dugald River zinc-lead mine in the state.

The investment of more than A$80 million ($60 million) will see APA Group provide solar power to the mine as part of a 15-year offtake agreement.

APA also entered into a 32-year lease agreement with the Queensland Government to locate the solar farm on a site near APA’s Diamantina Power Station Complex. The first stage of the solar farm is expected to be operational by the March quarter of 2023, while APA says it is in advanced discussions with a number of customers to commit to the development of stage two, reaching 88 MW.

“The new agreement further supports MMG’s commitment to supporting the global transition to a low carbon economy with the company’s key products, copper and zinc, playing a critical role in the development of sustainable technologies such as solar panels, wind turbines, electric vehicles and batteries,” it added.