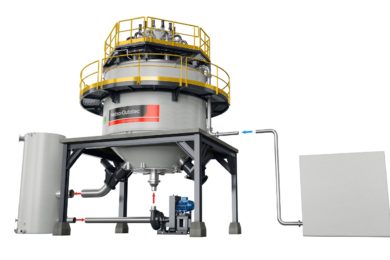 This Planet Positive technology sets a new benchmark in high-intensity pneumatic flotation, reducing plant operation costs and contributing to sustainability of operations through minimised energy and water consumption per tonnes of metal produced, the OEM said.

Back in August, Metso Outotec said it would supply Concorde Cell technology to a “major nickel producer” in Western Australia as part of its concentrator modernisation. It later turned out that this was for BHP Nickel West at the Mount Keith operation where the concentrator capacity is being increased from 10.5 Mt/y to 12 Mt/y, and ultimately 15 Mt/y.

The patented Metso Outotec Concorde Cell technology is the first fine and ultra-fine flotation solution for more finely disseminated and complex orebodies that have previously been inaccessible, according to the company.

The offering also includes Blast Tube retrofit kits for upgrading the metallurgical performance of self-aspirated pneumatic flotation cells to the Concorde Cell technology. In addition, Metso Outotec says it can provide a complete slurry handling package for the Concorde Cell, including pumps, spare parts, as well as optimisation and maintenance services.